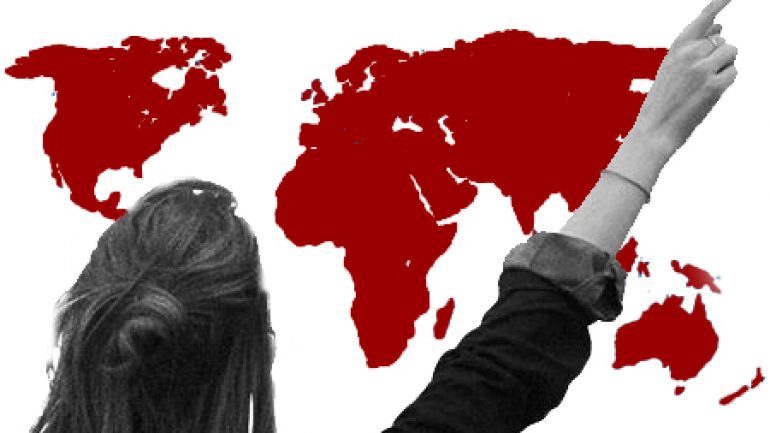 Describe an accident you saw.

*Where the accident occurred

*Where you were then

*How the accident affected you

2-In the recent years, there has been an increase in the number of people killed on the road. Traffic designers blame drivers for driving too fast and drivers say the roads are bad. Who is to be blamed for the accidents deaths caused on roads?

3-The best way to reduce the number of traffic accidents is to make all young drivers complete a safe driving education course before being licensed to drive. To what extent do you agree or disagree?

4-There are more cars on the roads these days and more accidents are happening. As a result, some politicians have suggested that people should take regular driving tests throughout their lives, rather than one single test. What do you think are the advantages of repeat driving tests? Do these outweigh the disadvantages?

5-The car is a disastrous 20th Century invention that has made the world’s cities more dangerous and polluted, as well as being responsible for the deaths of millions of people in accidents. Do you agree or disagree?

6-Action movies with spectacular car chases are very popular with young people. It is often said that these sorts of movies lead to an increase in car accidents among young drivers as they try to copy what they have seen in the films. Do you agree that such movies increase the amount of bad driving? What can be done to encourage young people to drive more safely?

If you don’t have any idea , please read the topics below.

Internet addiction is described as an impulse control disorder, which does not involve use of an intoxicating drug and is very similar to pathological gambling.  Some Internet users may develop an emotional attachment to on-line friends and activities they create on their computer screens. Internet users may enjoy aspects of the Internet that allow them to meet, socialize, and exchange ideas through the use of chat rooms, social networking websites, or “virtual communities.”   Other Internet users spend endless hours researching topics of interest Online or “blogging”.  Blogging is a contraction of the term “Web log”, in which an individual will post commentaries and keep regular chronicle of events.  It can be viewed as journaling and the entries are primarily textual.

Similar to other addictions, those suffering from Internet addiction use the virtual fantasy world to connect with real people through the Internet, as a substitution for real-life human connection, which they are unable to achieve normally.

What are the warning signs of Internet addiction?

The one word that everyone should stop using to describe” car crashes”, according to activists

Planes crashing into mountains aren’t “accidents.” When heavy machinery falls on a factory worker’s foot, it isn’t an “accident.” So why is one car colliding into another any different?

That’s the argument made by the New York City nonprofit groups Families for Safe Streets and Transportation Alternatives in a new safety campaign.

The campaign, called Crash Not Accident, urges people to reconsider the language they use when referring to roadway collisions.

“Traffic crashes are fixable problems, caused by dangerous streets and unsafe drivers,” the site says. Referring to traumatic events as “accidents” only serves to absolve the guilty parties of their blame.

The campaign is currently collecting signatures from people who agree to stop using the word “accident.”

Forensic psychiatrist Dr. Howard Forman has his doubts on the potential effectiveness of the campaign.

While our natural tendency might be to seek vengeance, or at least find peace of mind in linking the tragic effect to a specific cause, Forman argues that this kneejerk response is counterproductive.

“Having room for the word ‘accident’ in our vocabulary can help us heal,” Forman says, though he concedes the word isn’t always appropriate.

In cases where a person’s brakes failed or a driver is intoxicated, the end result could certainly be prevented through better judgment. That’s why activist groups find it more practical (and accurate) if people use a word that describes the effect — “crash” — rather than one that describes whether someone meant to do it.

If we don’t hold people accountable with our language, the campaign argues, people won’t feel compelled to drive more safely in the future.

But according to Forman, omitting the word “accident” altogether ignores the fact that randomness is all around us. Bad things can happen even when no one is at fault.

LISTENING TO MUSIC CAN LEAD TO CAR ACCIDENTS

We all know that using a mobile phone while driving is a recipe for disaster — but not everyone knows that listening to music in the car can also cause accidents down the road.

This is especially true for those who get really involved with music while driving, snapping fingers, bopping up and down in the seat and singing along. This may seem like harmless fun, but a new study says music — especially the songs you really love — is a dangerous driving distraction. And it is not just fiddling with the controls that destroys your ability to stay focused. The music itself can divert your attention away from the road.

An In-Depth Look at the Study

The researchers from the study, which was published in the October issue of Accident Analysis and Prevention, observed 85 young drivers and tested the effect of listening to music on the number of driving errors. The group of participants also drove with ‘safe’ music and no music at all. The participants drove for 40 minutes with an instructor who made a note of their mistakes.

According to the results, the drivers played their favourite music louder than the safe music. They also said they have a better mood when listening to their favourite music as compared to the other two conditions. Almost one third of the participants, however, received a verbal warning from the driving instructor. About 20 percent of them had to take emergency manoeuvres as well to prevent accidents. Some mistakes include speeding, dangerously changing lanes, tailgating, and holding the steering wheel with one hand.

Some Tips to Prevent Car Accidents

With the results, experts recommend drivers to stay focused, and turn down the volume of the music. At Nova Smash Repairs, we also provide the following tips to decrease your risk for vehicular accidents: Avoid the fast lane.   / Know your car’s limits.     /Keep your vehicle in good shape. In case you meet an unfortunate accident down the road, we offer accident management services, helping you with your claim from start to finish. This will save you time and ensure you get the best outcome. Call Nova Smash Repairs today for more information about our services.

IELTS Speaking test scores are reported in wholebands or half bands e.g. S/S.5/6/6.Sn, etc. on theIELTS 9-band scale. Candidates are assessed on theirperformance throughout the test using the following criteria:

The test is recorded so that it can be re-marked if needed. The examiner will not give the candidate any feedback on their performance.

The primary function of iTEP is to assess the English language proficiency of students of English as a second language.

The iTEP Academic exam is commonly used for:

THERE ARE TWO VERSIONS OF iTEP ACADEMIC:

iTEP exams are delivered via the internet and must be administered at a secure location or a certified iTEP test center. The examinee completes the test in the following manner:

10 English Phrases For Talking About The Future
1 – IT WILL/COULD HAPPEN ANY MINUTE/DAY NOW. Use this...
IELTS IELTS SPEAKING

ALTERNATIVE TO “IF”
– UNLESS. He won’t be happy unless he marries her....
IELTS IELTS SPEAKING IELTS-WRITING
MAKE A COMMENT