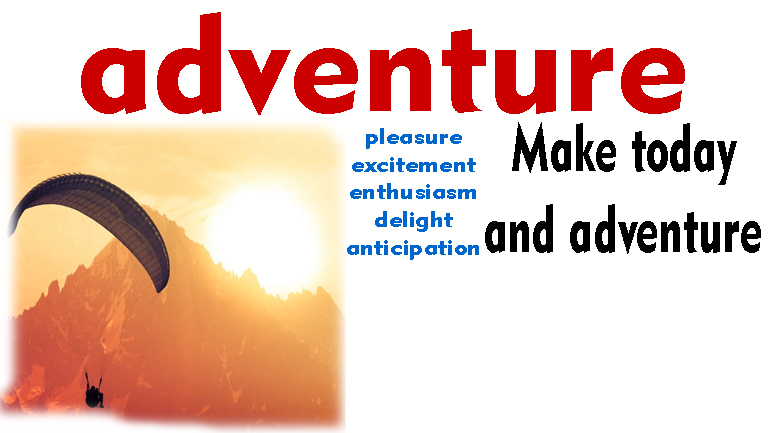 An adventure is a fun or exciting thing that you do.
Riding in the rough water was an adventure. 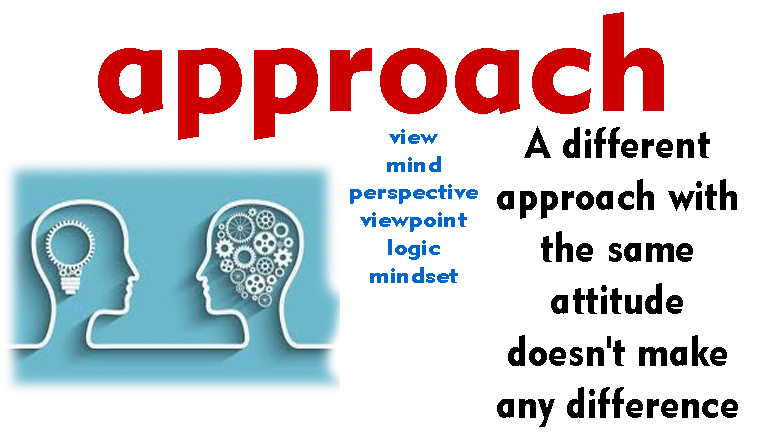 To approach something means to move close to it.
The boy approached his school. 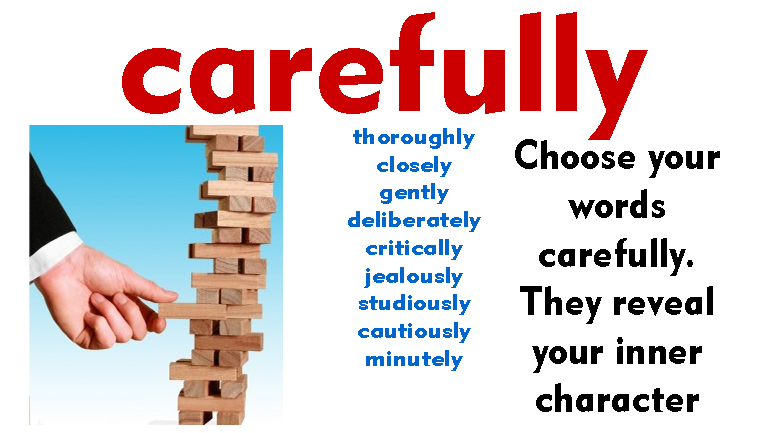 Carefully means with great attention, especially to detail or safety.
The baby carefully climbed down the stairs. 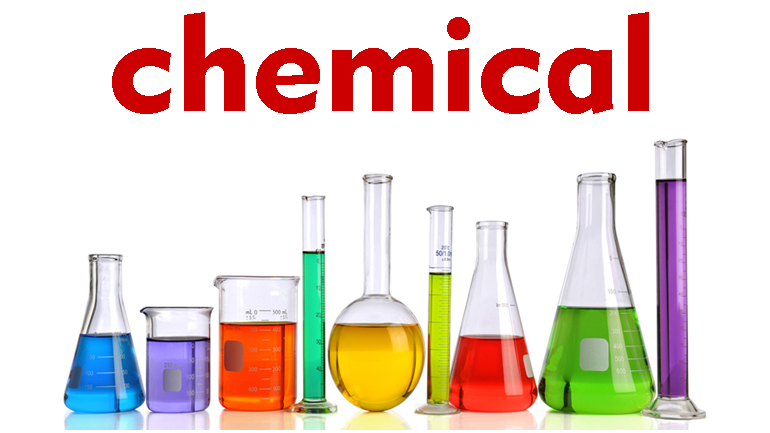 A chemical is something that scientists use in chemistry.
The scientist mixed the chemicals. 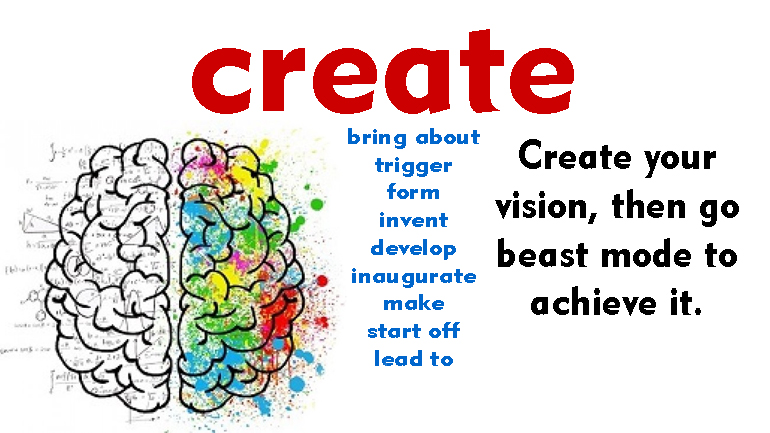 To create means to make something new.
She created an igloo from blocks of snow. 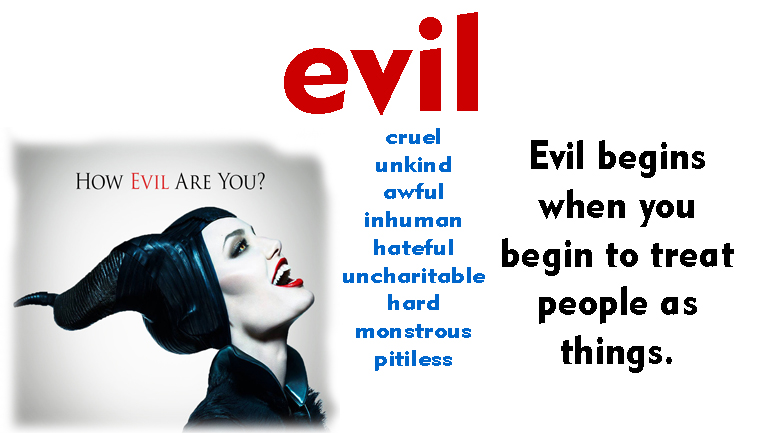 Evil describes something or someone bad or cruel, not good.
The evil figure scared us all. 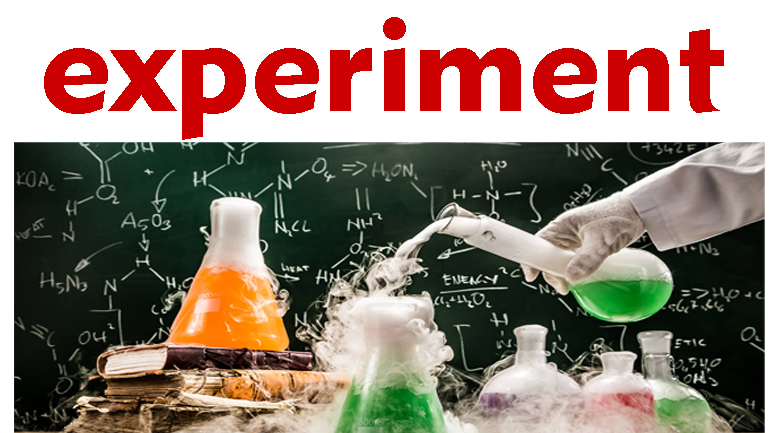 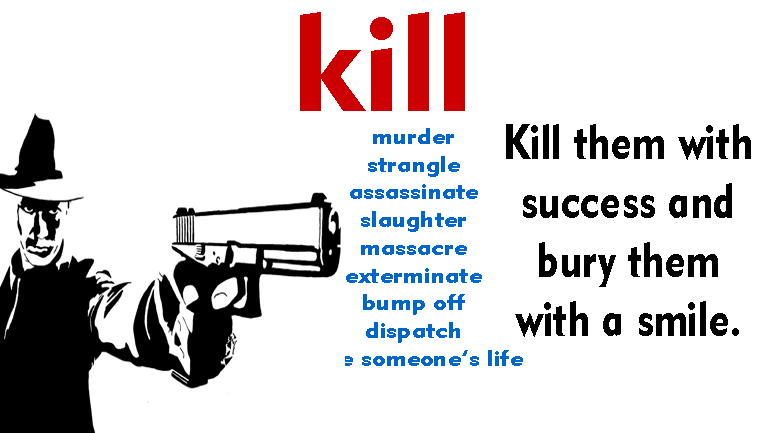 To kill someone or something is to make them die.
I killed the fly with a fly swatter. 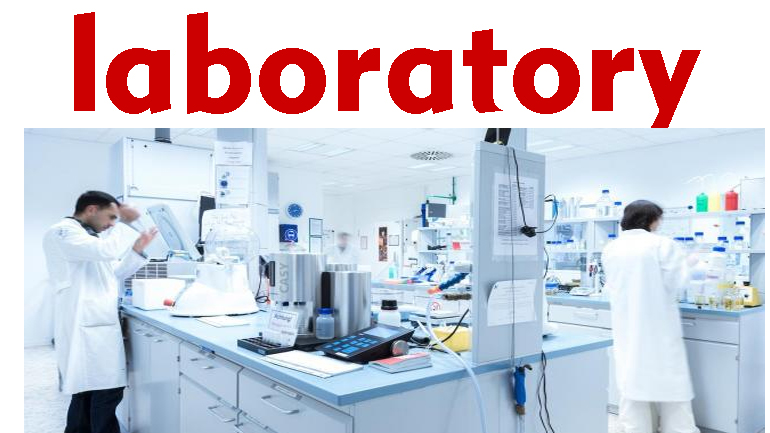 A laboratory is a room where a scientist works.
My mother works in a laboratory. 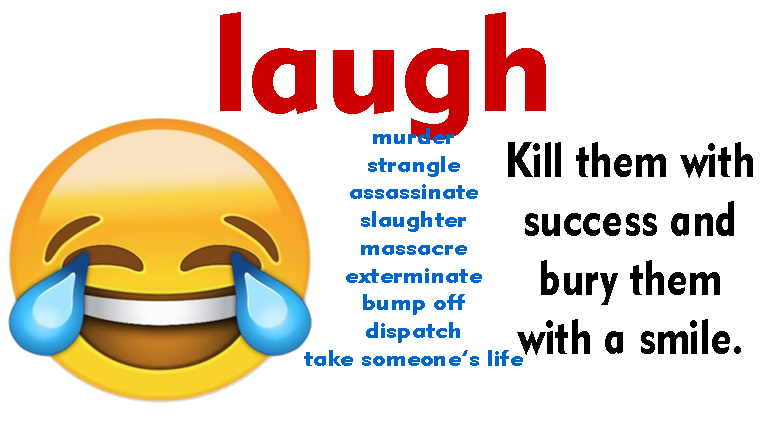 Laugh is the sound made when someone is happy or a funny thing occurs
The sound of their laugh filled the room. 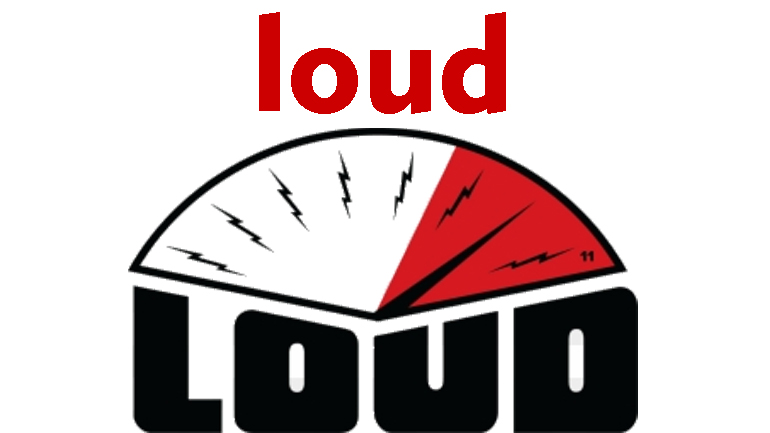 If a sound is loud, it is strong and very easy to hear.
The man’s voice was so loud that we all could hear him. 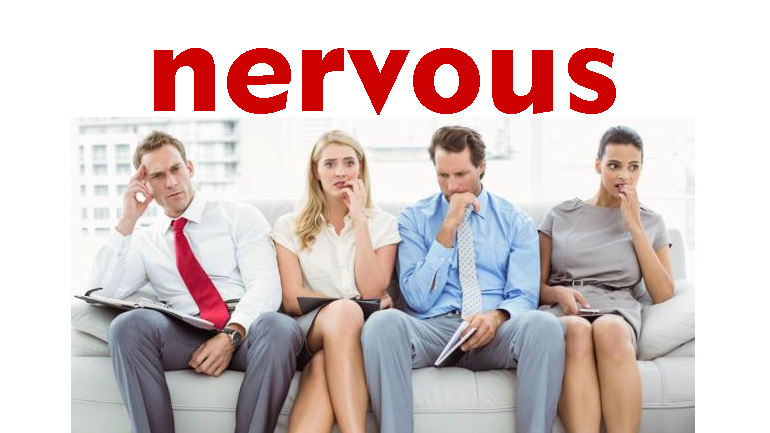 When a person is nervous, they think something bad will happen.
The boy became nervous when he heard the news. 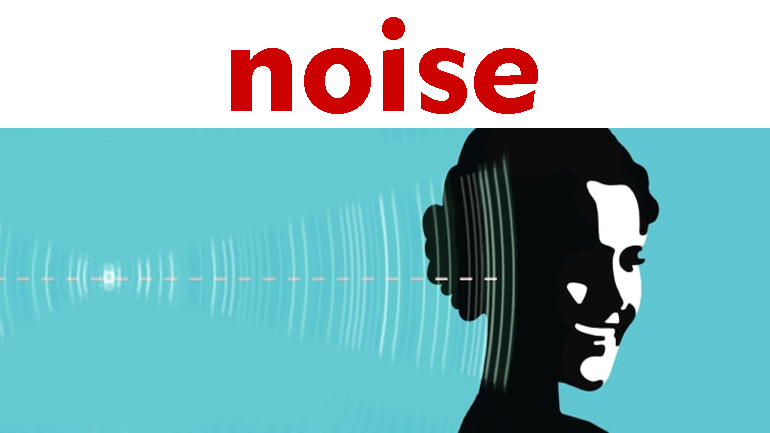 A noise is an unpleasant sound.
The crying baby made a loud noise. 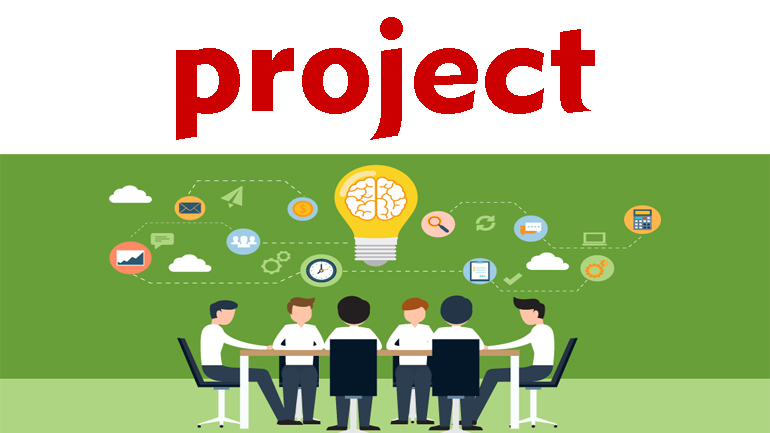 A project is a type of work that you do for school ora job.
His afternoon work project was to paint the room green. 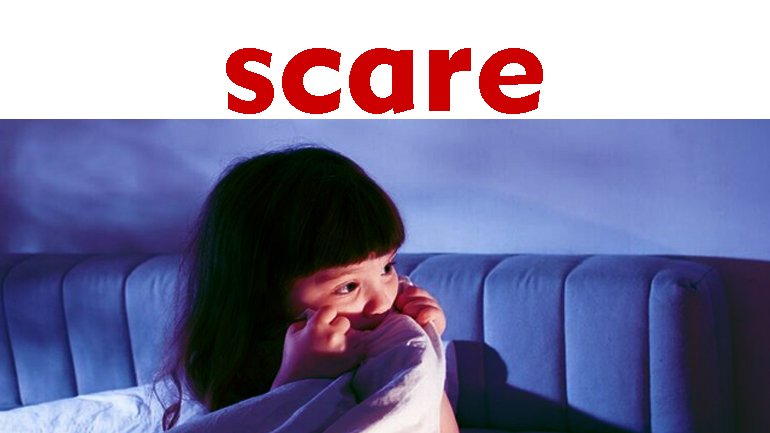 To scare someone is to make them feel afraid.
My uncle was scared by what he saw in the room. 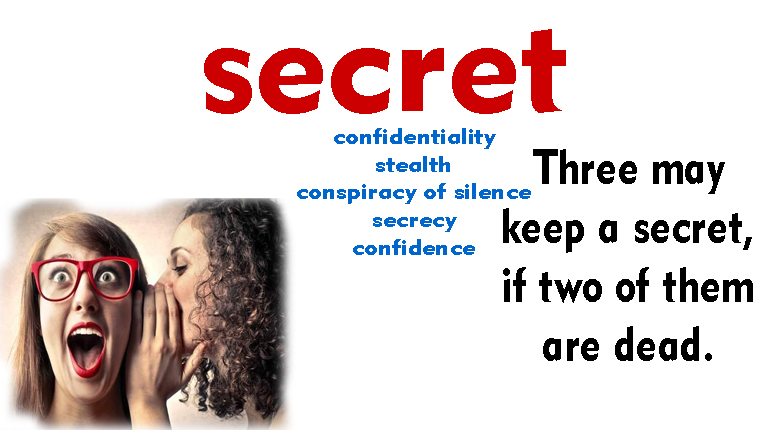 A secret is something that you do not tell other people.
The two boys were sharing a secret. 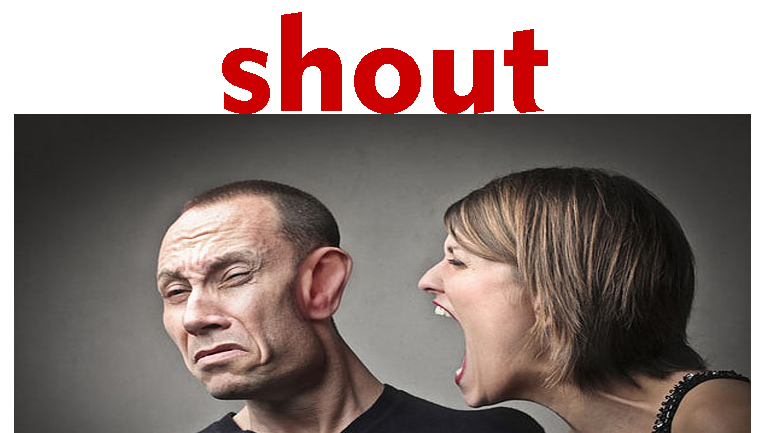 To shout is to say something loudly.
My boss shouted at me because I was late for work. 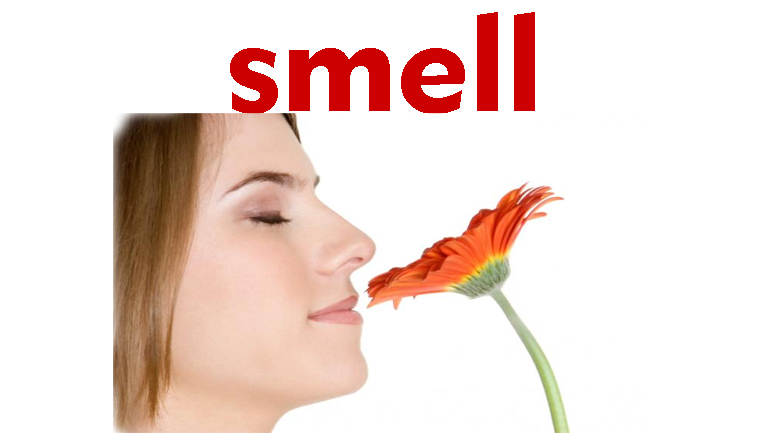 To smell something means to use your nose to sense it.
The two friends smelled the flower. 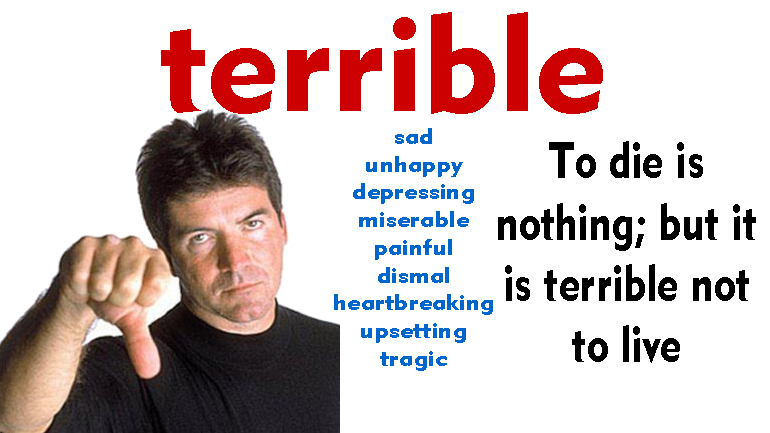 If something is terrible, it is very bad.
The way he treated his classmate was terrible. 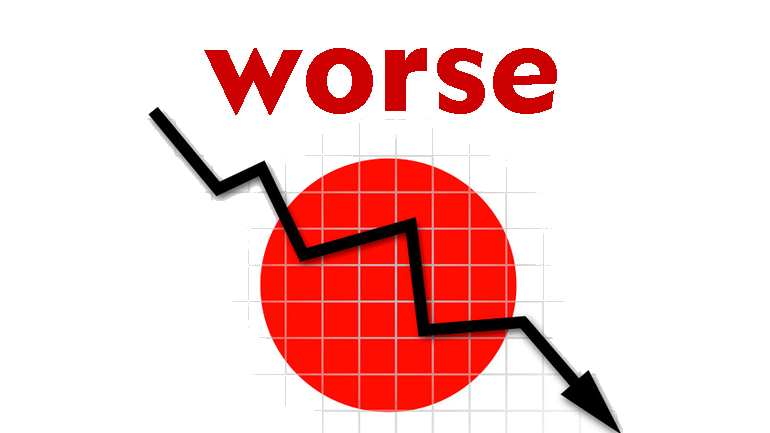 If something is worse, it is of poorer quality than another thing.
Business was worse this month than last month.

The Laboratory
Mia’s father had a laboratory, but she had no idea what was in it. Her dad always closed and locked the door when he went in. She knew that he used it to do projects for work. He never told Mia what these projects were. One night, Mia approached the door to the laboratory. She stopped and thought, “ I wonder what crazy experiment he is doing now.” Suddenly, she heard a loud noise. It sounded like an evil laugh. The noise scared her, so she walked quickly back to her room. The next night, her friend Liz came to her house. When Liz arrived, Mia told her about the night before. “Oh, it was terrible,” she said. “Why don’t we see what is in there?” Liz asked. “ It will be a fun adventure!” Mia felt nervous about going into her father’s laboratory, but she agreed. As always, the door was locked. They waited until Mia’s father left the laboratory to eat dinner. “He didn’t lock the door!” Liz said. “ Let’s go.” The laboratory was dark. The girls walked down the stairs carefully. Mia smelled strange chemicals. What terrible thing was her father creating? Suddenly, they heard an evil laugh. It was even worse than the one Mia heard the night before. What if a monster was going to kill them? Mia had to do something. She shouted for help. Mia’s father ran into the room and turned on the lights. “Oh, no,” he said. “You must have learned my secret.” “Your monster tried to kill us,” Mia said. “Monster?” he asked. “You mean this?” He had a pretty doll in his hands. The doll laughed. The laugh didn’t sound so evil anymore. “ I made this foryour birthday. I wanted to give it to you then, but you it now. I hope you like it!”

1. What is this story about?
a. A girl’s terrible experiment
b. A secret that two girls have
c. A girl who gets nervous about what’s in a laboratory
d. A man who creates chemicals

2. What scares Mia when she approaches the door?
a. The room is very dark.
b. She hears a person shout.
c. She smells fire.
d. She hears a loud noise.

3. What is true of Mia in the story?
a. A monster kills her friend.
b. She does not like adventures.
c. She always locks the door of her room.
d. Her birthday has not come yet.

4. What project was Mia’s father working on?
a. A doll to give to Mia for her birthday
b. A way to keep the door closed
c. A chemical that smells worse than fire
d. A monster that had an evil laugh

INTERMEDIATE TEST 3
- While, during, for - Past Simple - Continuous -...
Grammar QuizLand Tenses YDS - YÖKDİL