IELTS READING (from 32 to 40)-listen to the reading passage 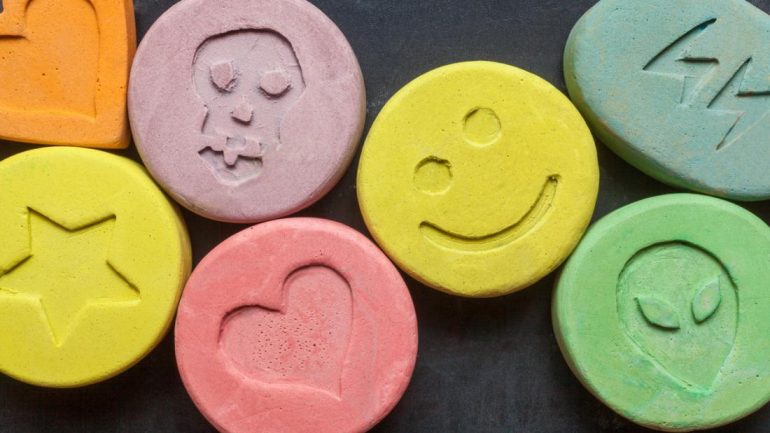 The Danger of ECSTASY

Use of the illegal drug named Ecstasy (MDMA) has increased alarmingly in Britain over the last few years, and in 1992 the British Medical Journal claimed that at least seven deaths and many severe adverse reactions have followed its use as a dance drug. 14 deaths have so far been attributed to the drug in Britain, although it is possible that other drugs contributed to some of those deaths. While it is true that all drugs by their very nature change the way in which the body reacts to its environment and are therefore potentially dangerous, it is still unclear whether the casual use of Ecstasy is as dangerous as authorities believe. What is certain is that the drug causes distinct changes to the body which, unless understood, may lead to fatal complications in certain circumstances.

In almost all cases of MDMA-related deaths in Britain, overheating of the body and inadequate replacement of fluids have been noted as the primary causes of death. Yet in the United States, studies appear to implicate other causes since no deaths from overheating have yet been reported. It seems that normal healthy people are unlikely to die as a result of taking MDMA, but people with pre-existing conditions such as a weak heart or asthma may react in extreme ways and are well-advised not to take it.

Not all physical problems associated with the drug are immediate. Medium term and long term effects have been reported which are quite disturbing, yet not all are conclusively linked to the drug’s use. Medium term effects include the possibility of contracting the liver disease hepatitis or risking damage to the kidneys. However, animal studies show no such damage (although it is readily admitted by researchers that animal studies are far from conclusive since humans react in different ways than rats and monkeys to the drug), and cases of human liver or kidney damage have so far only been reported in Britain. Nonetheless, evidence to date suggests that alcohol and Ecstasy taken at the same time may result in lasting harm to bodily organs.

Evidence that MDMA causes long-term cellular damage to the brain has, until recently, been based on experiments with animals alone; the most common method of detection is to cut out a section of the brain, and measure the level of the chemical serotonin. This is performed weeks or
months after use of a suspect drug. If the serotonin level, which is lowered as a result of the use of many drugs, fails to return to normal, then it is probable that the drug in question has caused damage to the cells of that part of the brain. Ecstasy has been implicated in causing brain damage in this way, but in most cases, the serotonin level returns to normal, albeit after a long time.

Early experiments with monkeys, in which they were found to have permanent brain damage as a result of being administered MDMA, were used to link brain damage in humans to Ecstasy use. These early concerns led to the drug being classified as extremely dangerous, and although the results of the research were doubted by some and criticised as invalid, no attempt was made to change the classification. However, the latest available data regarding permanent brain damage in humans who have taken Ecstasy regularly over many years (as little as once a week for four years) seem to justify the cautious approach taken in the past. The psychological effects of taking Ecstasy are also a major cause for concern. It is clear that the mind is more readily damaged by the drug than is the body. It is not difficult to find occasional or regular users of the drug who will admit to suffering mental damage as a result. Paranoia, depression, loss of motivation and desire, bouts of mania  – all are common, and not unusual side effects of the drug.

To be fair to those who claim that Ecstasy frees the personality by removing one’s defences against psychological attack, it is true that the drug can be liberating for some users. Unfortunately, the experience is likely to be short-lived, and there is always the danger is that one’s normal life might seem dull by comparison. .*

Perhaps the most damning evidence urging against the use of Ecstasy is that it is undoubtedly an addictive substance, but one that quickly loses its ability to transport the mind, while it increases its effect upon the body. Yet, unlike the classic addictive drugs, heroin, opium, morphine and so on, Ecstasy does not produce physical withdrawal symptoms. In fact, because one becomes quickly tolerant of its effect on the mind, it is necessary to forgo its use for a while in order to experience again its full effect. Any substance which produces such a strong effect on the user should be treated with appropriate respect and caution.

Write your answers in boxes 32 – 35 on your Answer Sheet.
The first one has been done for you as an example.

Q32. It is not known whether:
a) drugs change the way the body reacts
b) the British Medical Journal has reported seven deaths caused Ecstasy
c) Ecstasy alone was responsible for the 14 deaths in Britain
d) Ecstasy causes changes to the body

Q33. The use of Ecstasy:
a) is usually fatal
b) is less dangerous than the authorities believe
c) is harmless when used as a dance drug
d) none of the above

Q34. Deaths from Ecstasy are sometimes caused by:
a) people with pre-existing conditions
b) too much fluid in the body
c) overheating of the body
d) all of the above

Q35. MDMA studies conducted on animals:
a) show damage to the kidneys
b) cannot provide absolute proof of the effect of the drug on humans
c) are cruel and have been discontinued
d) have yet to indicate a long-term brain damage

Questions 36 – 40
Using information from Reading Passage 17, complete the following sentences using NO MORE THAN THREE WORDS.
Write your answers in boxes 36 – 40 on your Answer Sheet.

Q36. Permanent damage to the body may result if Ecstasy is taken simultaneously with
Q37. Cellular damage to the brain is detected by measuring the amount of
Q38. The serotonin level of Ecstasy users takes a long time to
Q39. One of the positive effects of taking Ecstasy is that it can
Q40. Ecstasy produces no withdrawal symptoms even though it is

IELTS LISTENING-MAPS and FLOW CHARTS with KEY-PART 2
IELTS IELTS tests are held in over 120 countries around...
IELTS IELTS-Listening- Level 3

IELTS READING (from 27 to 38)listen to the reading passage
A Workaholic Economy For the first century or so of...
IELTS IELTS-READING