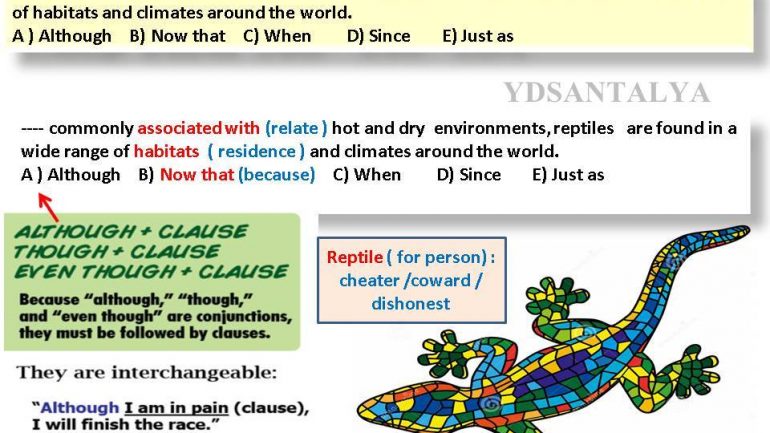 Despite/ In spite of  being tired, the children went to play on the beach.

1.Even though he had a headache, he managed to de well at the  test.(despite)

2.Despite ignoring the rules, he played handball excellently.(although)

3.In spite of the difficulty of the exams, she passed them.(even though)

4.Although it was raining, they went for a walk.(in spite of)

5.She married him although he was ugly.(despite the fact that)

6.In spite of looking for a new job, she couldn’t find one. (although)

8.She bought four kilos of lemons despite needing only two. (even though)

9.Although she was tired, she offered to help me.(despite)

10.Although I tried, I couldn’t forgive him. (in spite of)

1.Despite having a headache, he managed to do well at the test.

2.Although he ignored the rules, he played polo excellently.

3.Even though the exams were difficult, she passed them.

4.In spite of the rain, they went for a walk.

5.Despite the fact that he was ugly, she married him.

6.Although she was looking for a job, she couldn’t find one.

8.Even though she needed only two kilos of lemons, she bought four.

9.Despite being tired, she offered to help me.

10.In spite of trying, I couldn’t forgive him.

Future Continuous Tense (will V1 or Will be Ving)
The future continuous is used; 1) for actions which will...
Grammar Grammar & Vocabulary QuizLand Tenses YDS - YÖKDİL

Vocabulary Cards 1
When someone is afraid, they feel fear. The woman was...
Active English Grammar & Vocabulary QuizLand Vocabulary YDS - YÖKDİL