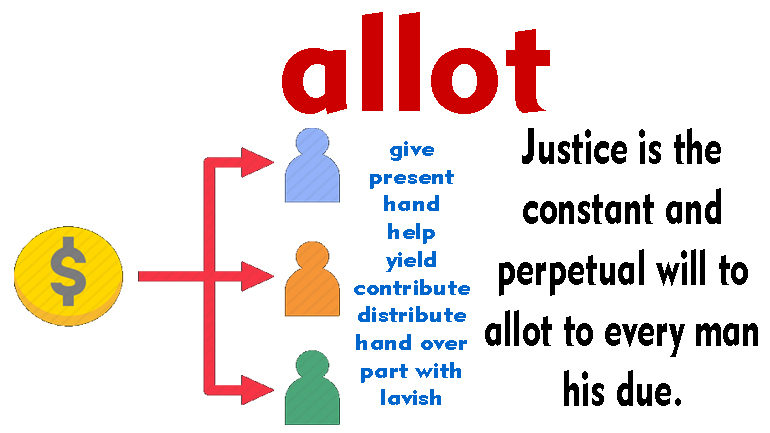 To allot something means to give it to someone.
The coach allotted each team five minutes to prepare a strategy. 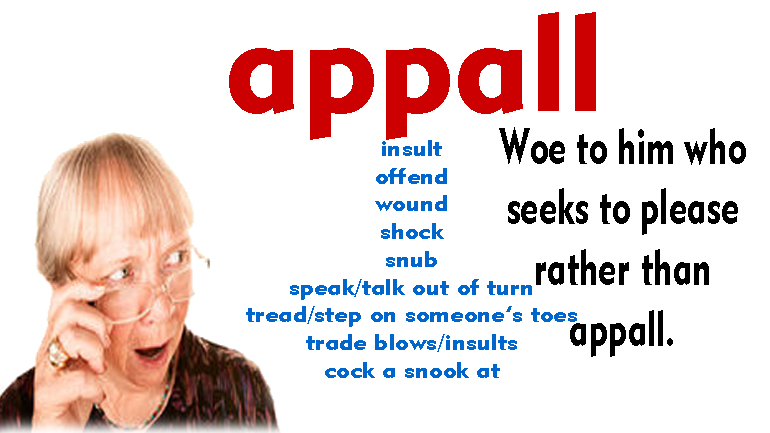 To appall means to horrify, shock, or disgust someone.
The boy was appalled when he saw the accident. 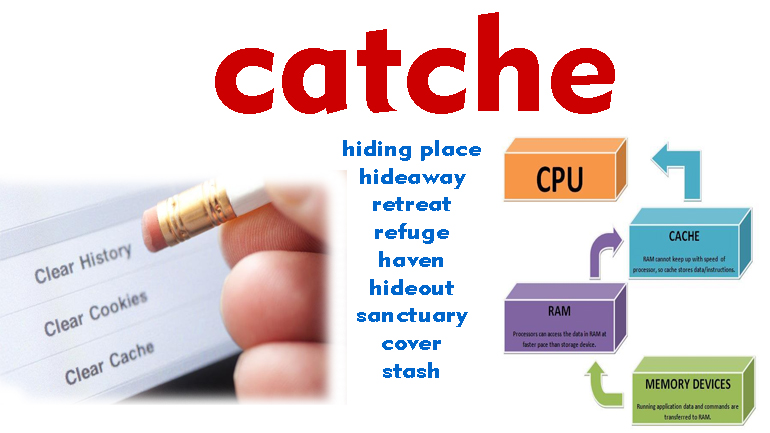 A cache is a hiding place for valuable things.
The pirates kept their jewelry in a cache hidden in a cave. 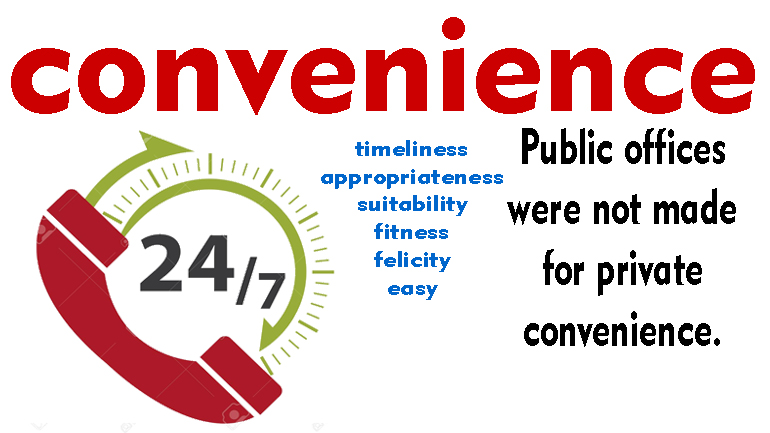 Convenience is a state of being able to do something with little effort.
The Internet allows consumers to shop at their own convenience. 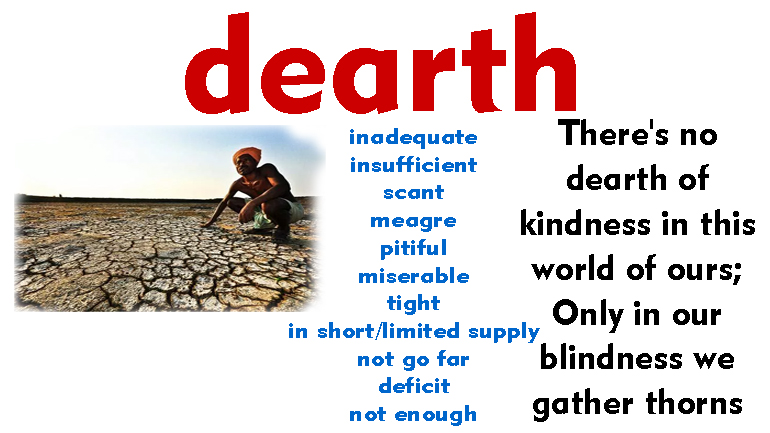 A dearth is an amount or supply which is not large enough.
There is a dearth of money in my bank account. I can’t afford a new car. 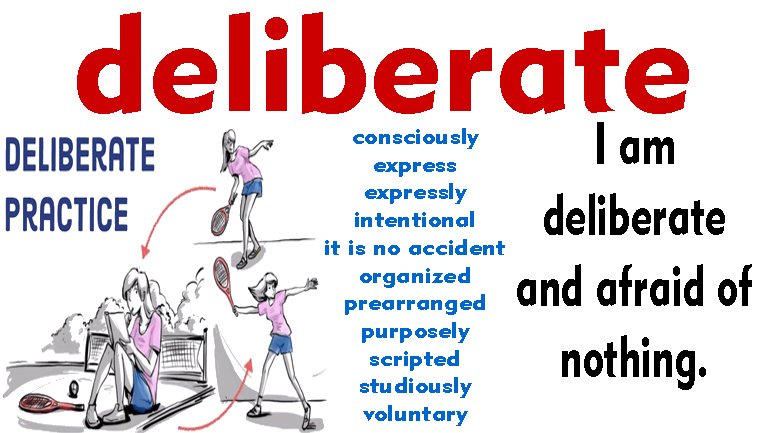 If a thing you do is deliberate, you intend to do it.
She made a deliberate effort to save money each month. 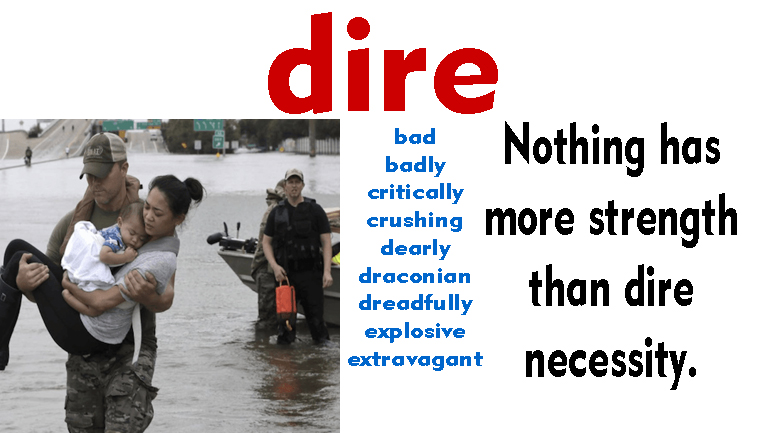 When something is dire, it is terrible and very serious.
The tornado created a dire situation for the small town. 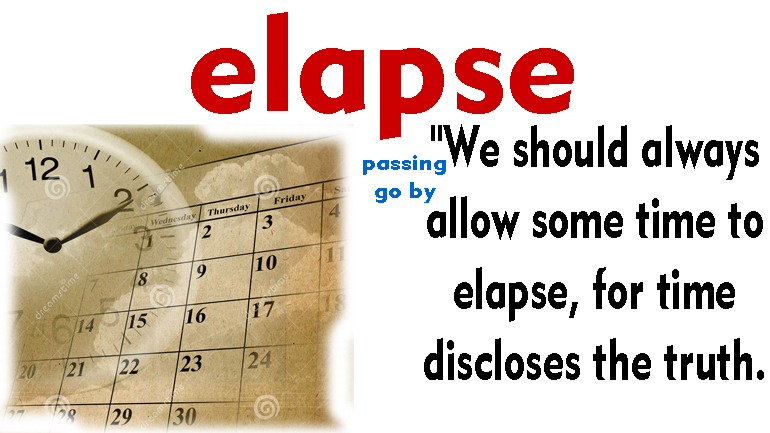 To elapse means to pass, as in seconds, minutes, or hours.
A few seconds must elapse before you can take another picture. 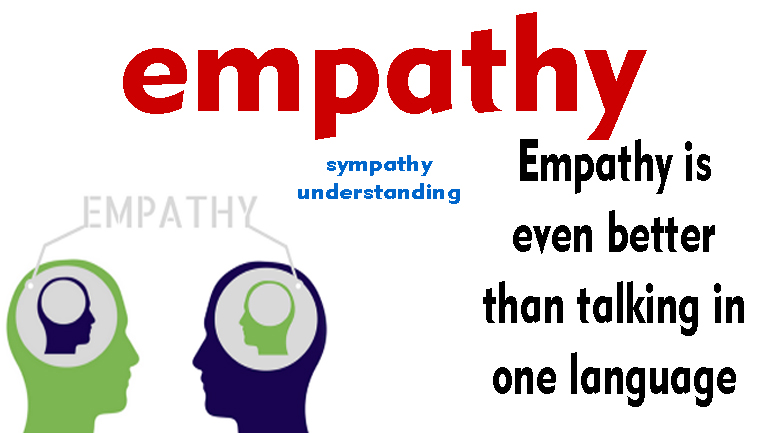 Empathy is sharing or understanding another person’s feelings.
The caring nurse had empathy for her patients. 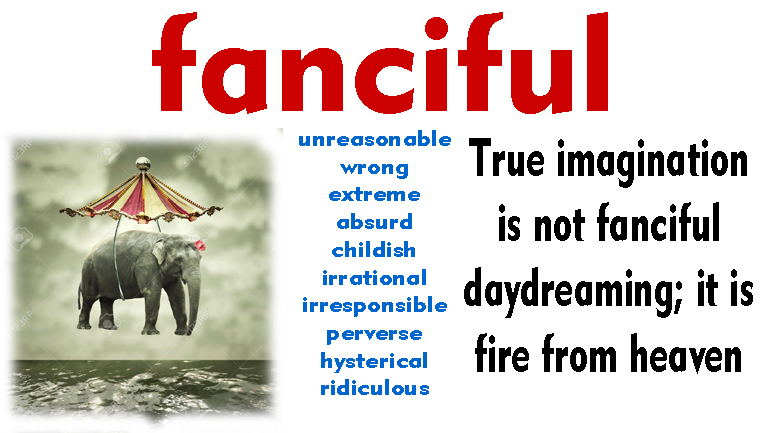 When something is fanciful, it is unusual or unrealistic.
The girl had fanciful ideas about doing well in school without studying. 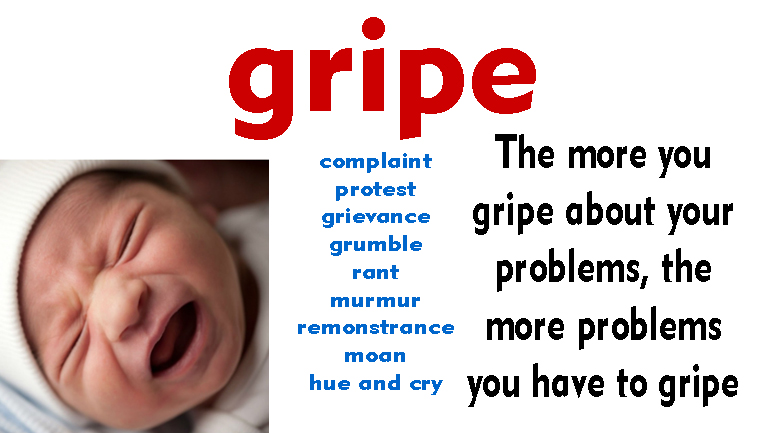 To gripe means to complain constantly.
Lawrence always gripes when he has to do chores. 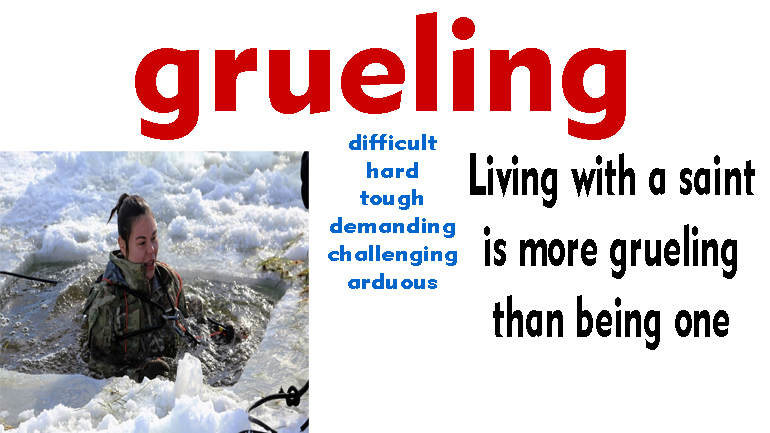 When something is grueling, it is very hard to do.
The climber faced the grueling task of reaching the top of the steep mountain. 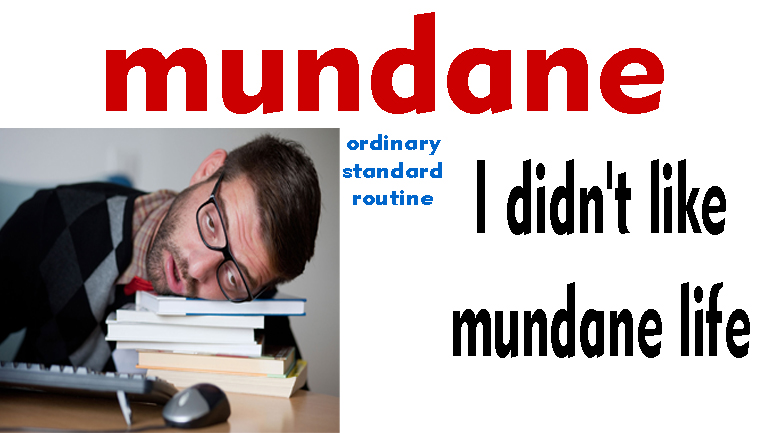 When something is mundane, it is boring, common, or ordinary.
The man had the mundane chore of raking thousands of leaves into piles. 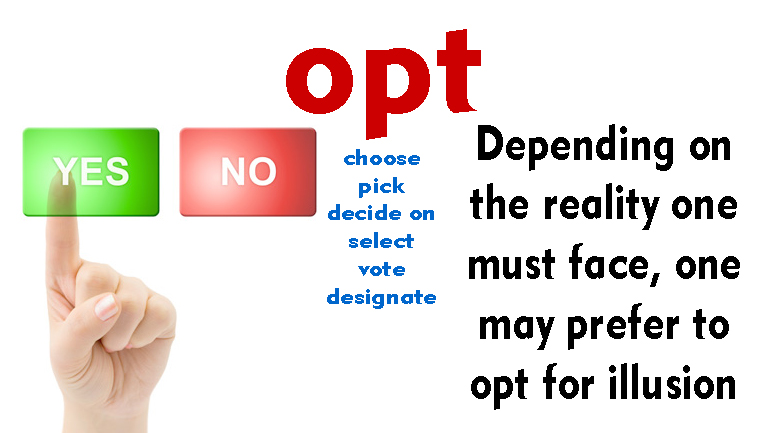 To opt is to make a choice, especially when deciding in favor of something.
My brother likes chocolate ice cream, but I always opt for vanilla. 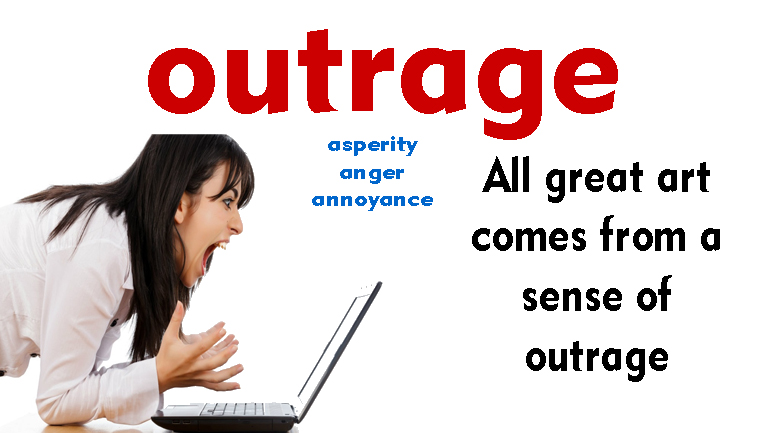 Outrage is a very strong emotion of anger or shock.
Tommy was feeling outrage when his parents said he couldn’t go to the dance. 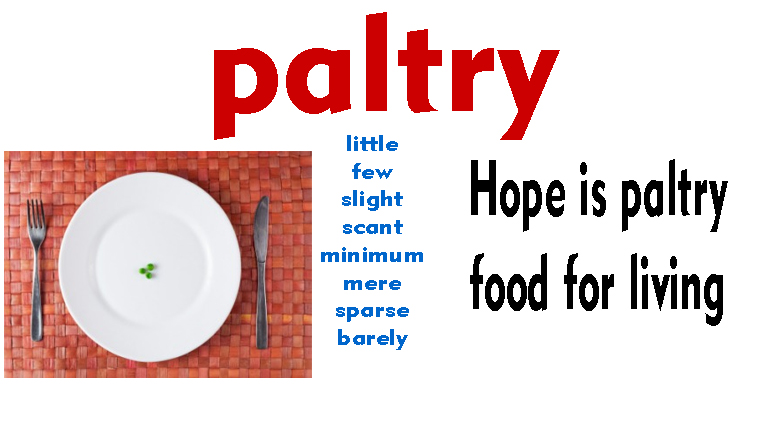 When an amount of something is paltry, it is very small.
The poor man had a paltry sum of money. 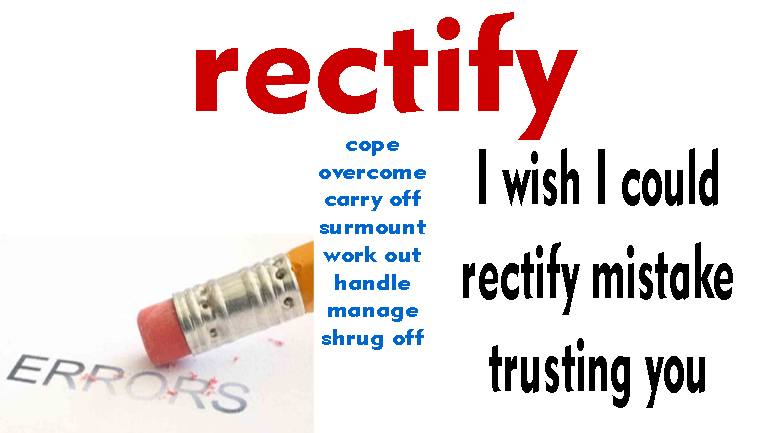 To rectify something means to correct it.
I quickly rectified the spelling mistakes that I had on my essay. 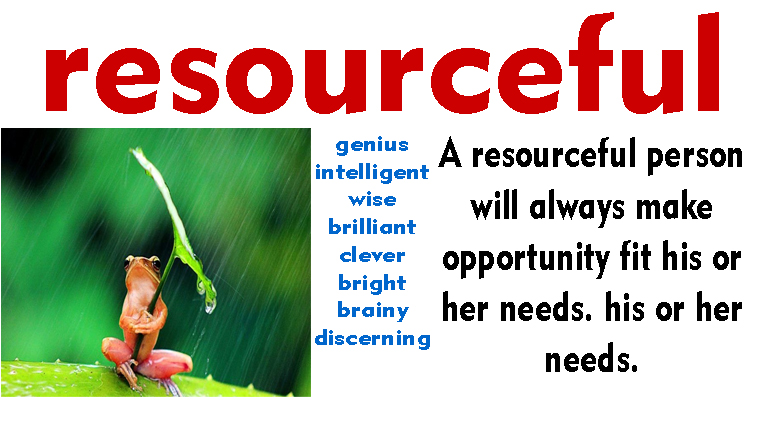 When someone is resourceful, they are good at dealing with hard situations.
After his boat sunk, Matt was resourceful enough to build a raft. 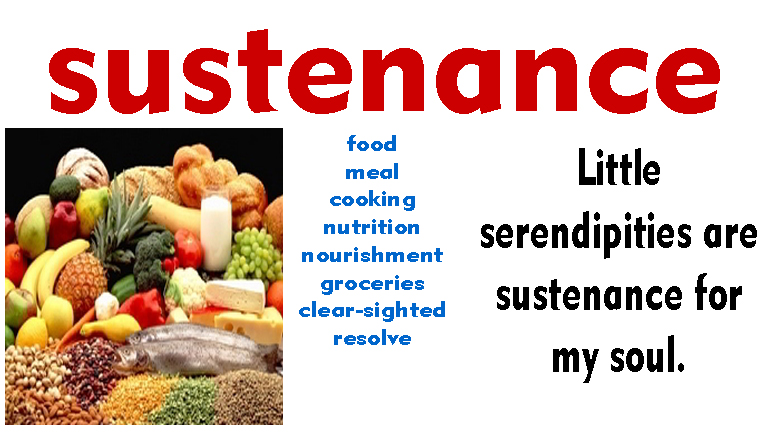 Sustenance is food and water needed to keep a person, animal, or plant alive.
Without the proper sustenance, the man will starve. 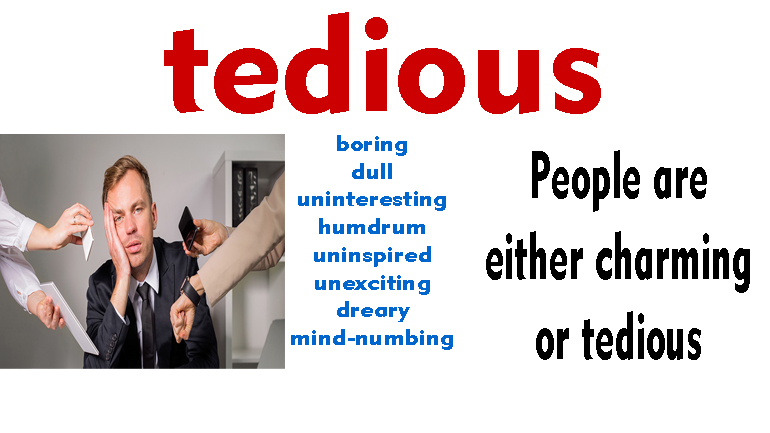 When something is tedious, it is long, frustrating, and boring.
His job involved a lot of tedious typing, filing, and organizing.

The Little Mice
Beth was a very resourceful and conservative mouse. She knew that winter was coming and that there would soon be a dearth of food. So she decided to make gathering food for winter her primary job. Gathering food was a grueling and mundane activity, but Beth made a deliberate effort because she knew that it was important. She allotted herself a few hours every day to collect beans. By winter, she had collected a massive pile and hid them in a
cache. Beth had a sister named Mary. Mary lacked ambition. She had fanciful ideas about how she would survive winter. She thought that food would just come to her and that she could work at her own convenience. She opted to spend the days playing and dancing, instead of gathering beans. When the final hours of autumn elapsed, Mary had only a paltry amount of food stored away. Mary realized that her food supply was too small to last through winter. She visited her sister. Mary said, “Beth, lamina dire situation. I didn’t gather enough food for winter. Will you let me share your beans? Please have some empathy for your sister!” Beth thought for a moment. Then she replied, “Mary, I am truly sorry for you. But I will not give you any of my beans. Instead, I will let you have my empty bag. You can still work
hard and gather enough food for the winter. It will be tedious, but you will learn the value of hard work.” Beth’s words appalled Mary. Mary cried with outrage, “There is too much work! I won’t have any time to dance or play!” Beth said, “It is crucial that you gather enough food. You must have sustenance before you have fun. Go now, and rectify your situation.” Mary griped some more, but she knew that her sister was right. She took the bag and went to work gathering her own beans for the winter.

Mark each statement T for true or F for false.

1. Beth was resourceful and conservative, so she gathered a paltry pile of beans for her cache.
2. Because gathering food was tedious, Beth allotted a few hours of every day to do it.
3. Beth did grueling and mundane work to overcome the dearth of food in the winter.
4. Beth’s reply appalled Mary and made her reply in outrage.
5. When the hours of autumn elapsed, Mary had a massive amount of food.

INTERMEDIATE TEST 3
- While, during, for - Past Simple - Continuous -...
Grammar QuizLand Tenses YDS - YÖKDİL