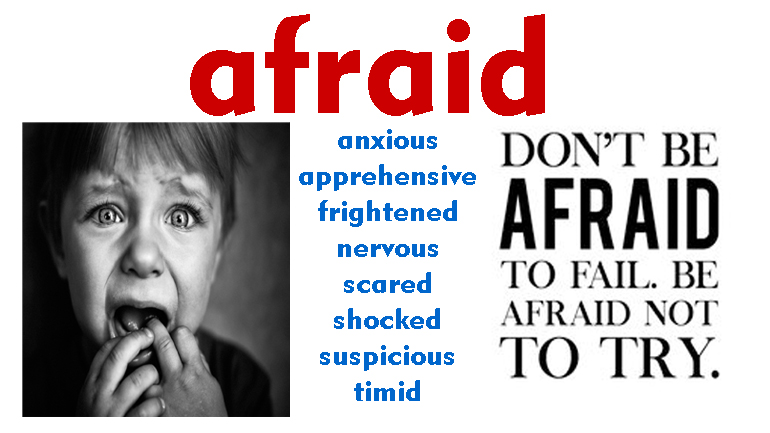 When someone is afraid, they feel fear.
The woman was afraid of what she saw. 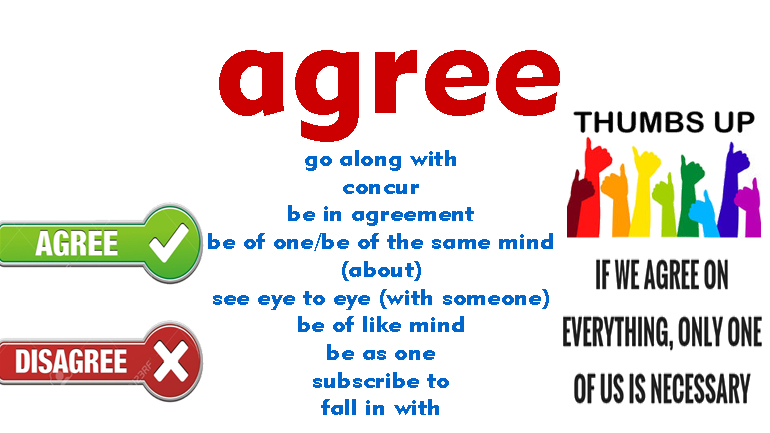 To agree is to say “yes” or to think the same way.
"A: The food is very good in that restaurant." B: I agree with you. 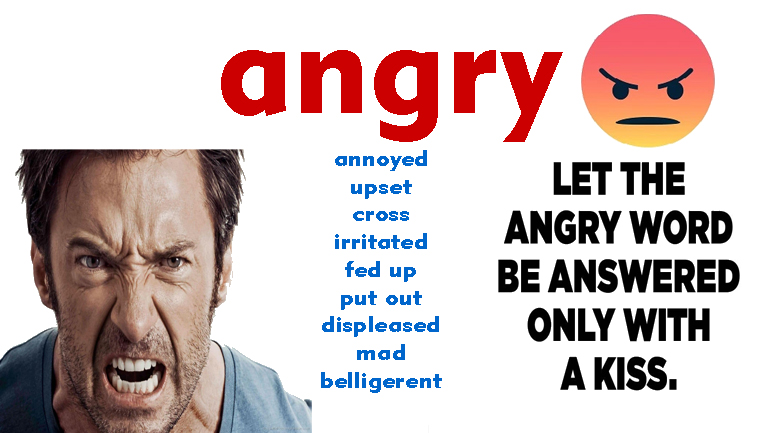 When someone is angry, they may want to speak loudly or fight.
She didn’t do her homework, so her father is angry. 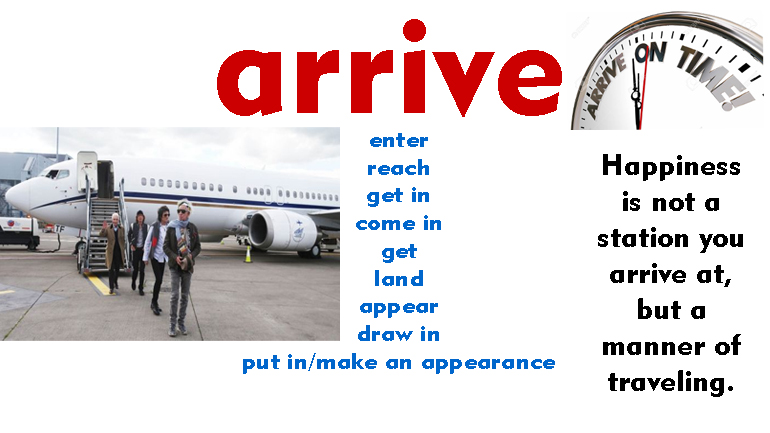 To arrive is to get to or reach some place.
The bus always arrives at the corner of my street at 4:00. 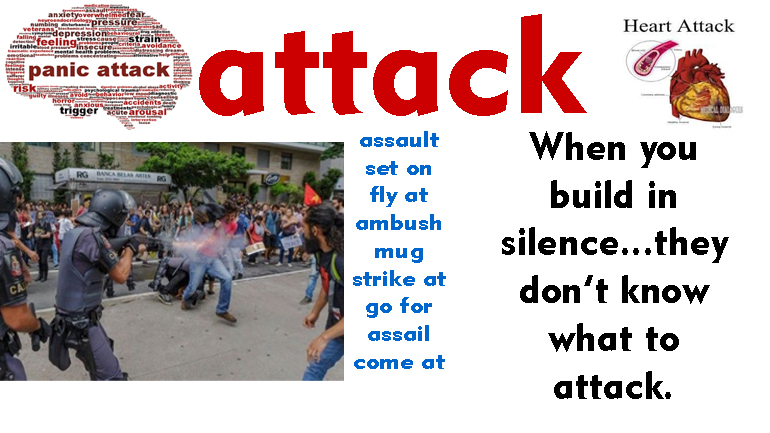 To attack is to try to fight or to hurt.
The man with the sword attacked the other man first. 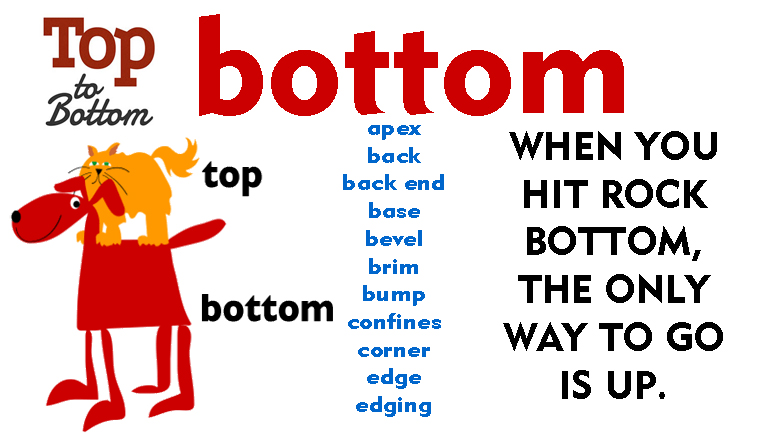 The bottom is the lowest part.
The bottom of my shoe has a hole in it. 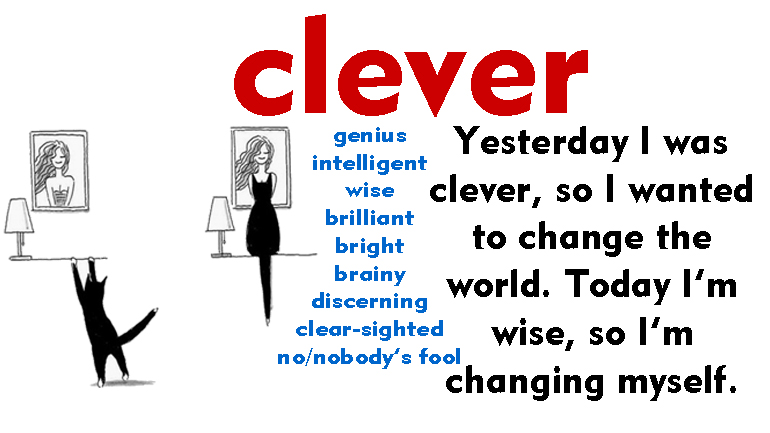 When someone is clever, they can solve a hard puzzle or problem.
The clever boy thought of a good idea. 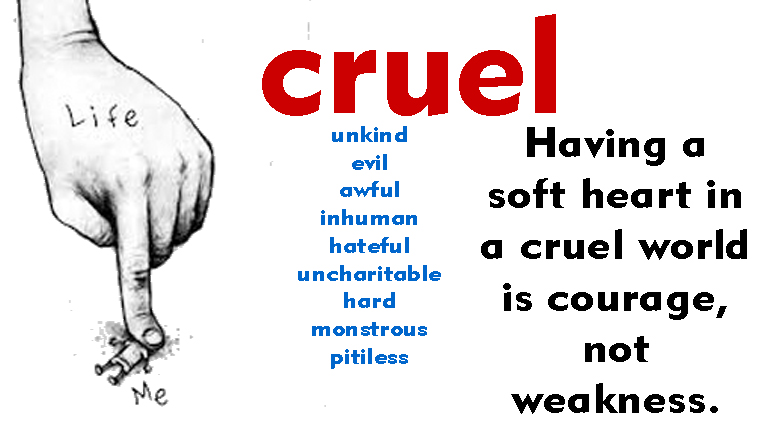 When someone is cruel, they do bad things to hurt others.
The cruel man yelled at his sister. 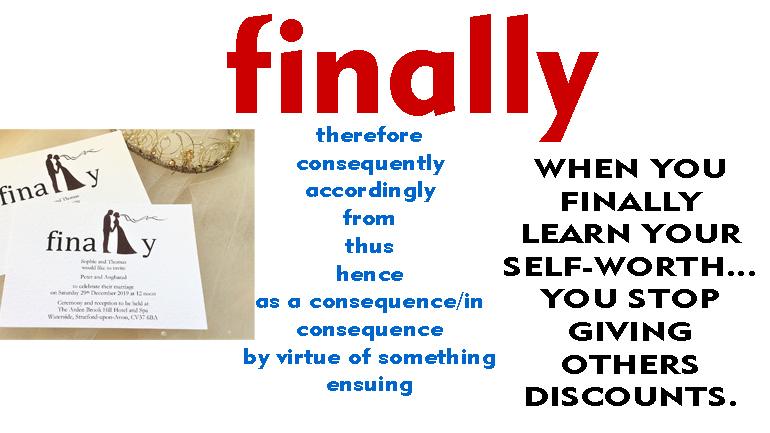 If something happens finally, it happens after a longtime or at the end.
He finally crossed the finish line after five hours of running. 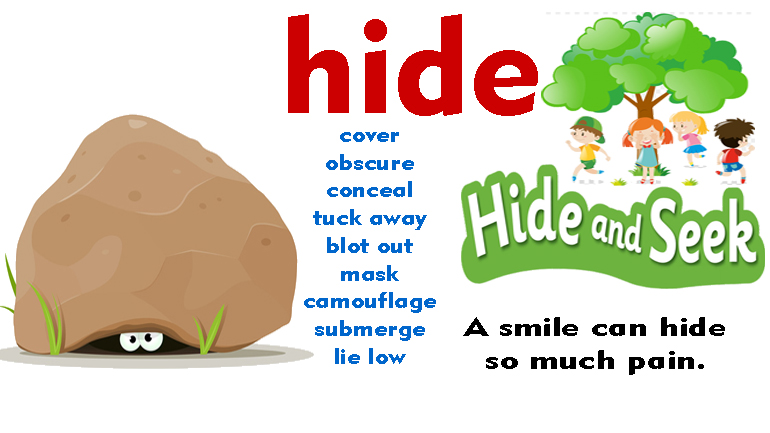 To hide is to try not to let others see you.
The other children will hide while you count to 100. 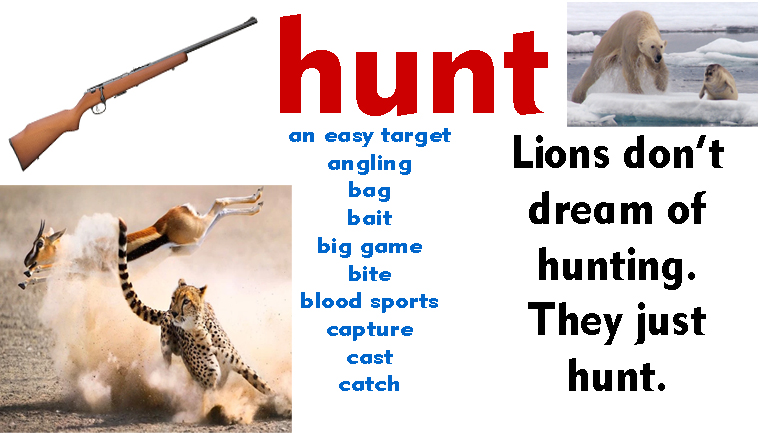 To hunt is to look for or search for an animal to kill.
Long ago, people hunted with bows and arrows. 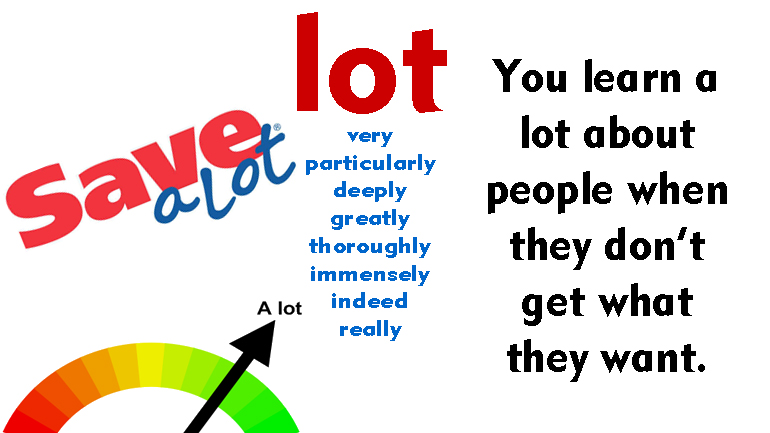 A lot means a large number or amount of people, animals, things, etc.
There are a lot of apples in the basket. 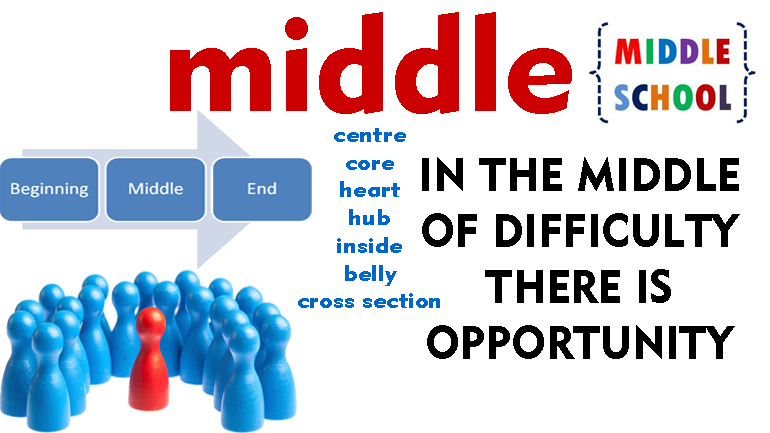 The middle of something is the center or halfway point.
The Canadian flag has a maple leaf in the middle of it. 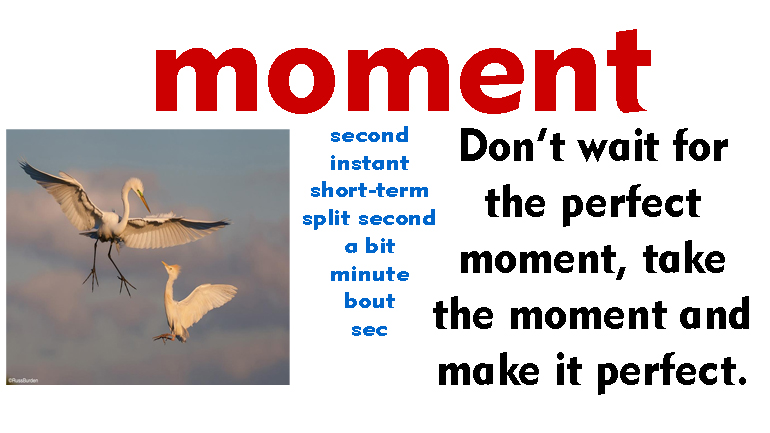 A moment is a second or a very short time.
I was only a few moments late for the meeting. 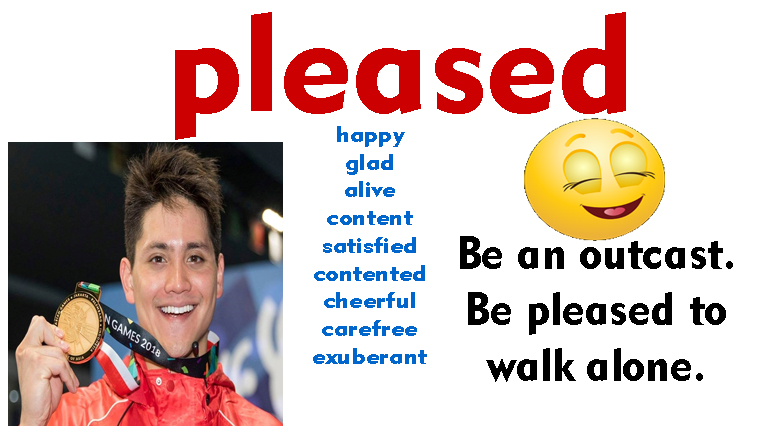 When someone is pleased, they are happy.
She was pleased with the phone call she received. 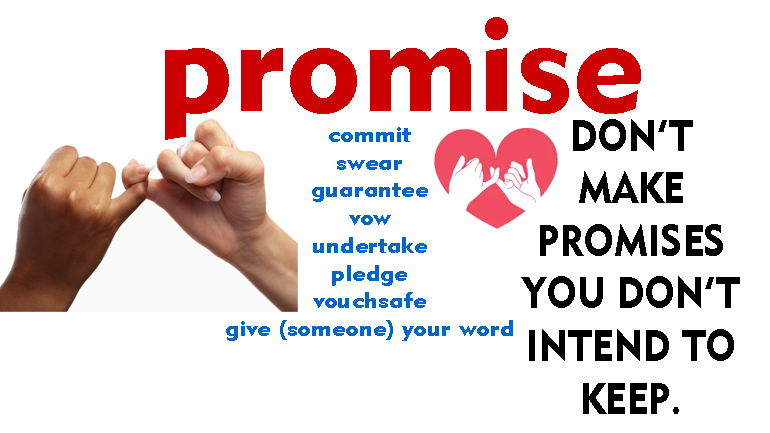 To promise is to say you will do something for sure.
He promised to return my key by tomorrow. 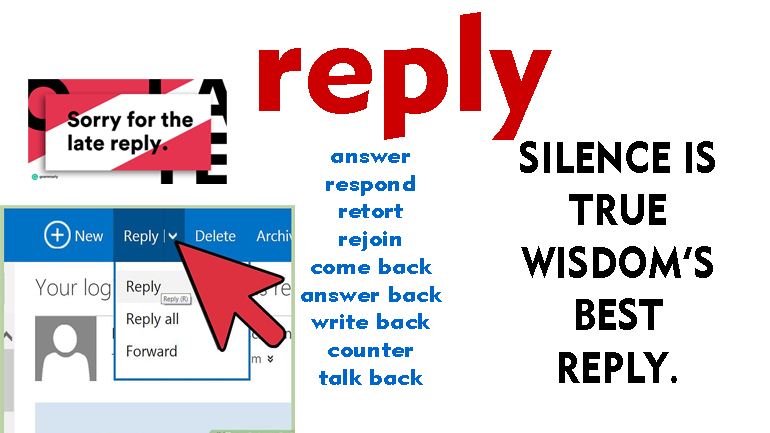 To reply is to give an answer or say back to someone.
She asked him what time his meeting was. He replied, “at three.” 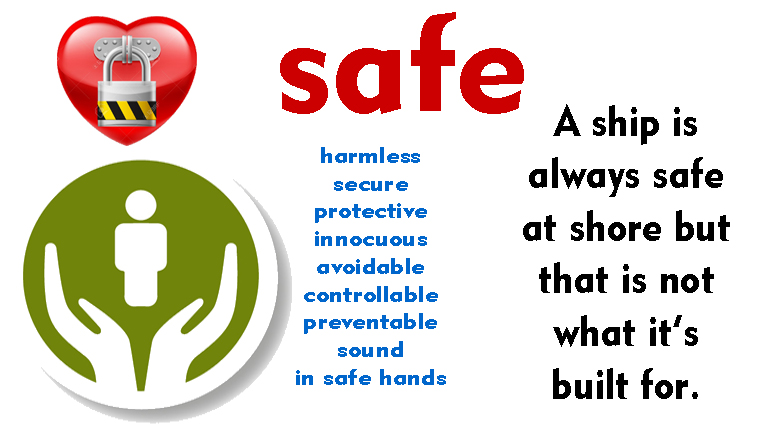 When a person is safe, they are not in danger.
Put on your seat belt in the car to be safe. 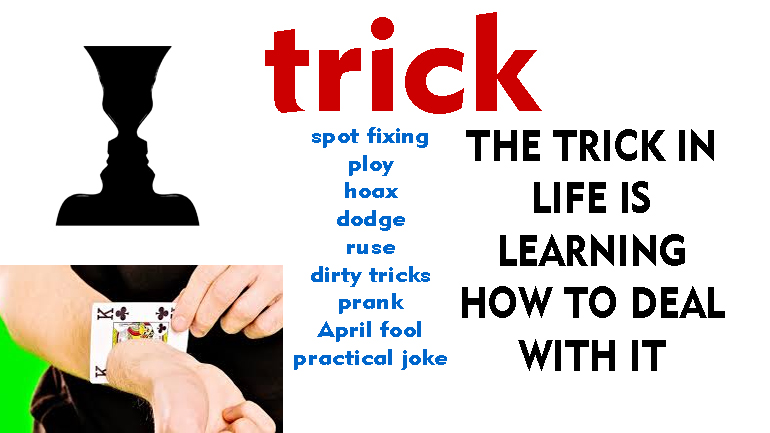 A trick is something you do to fool another person.
His card trick really surprised us. 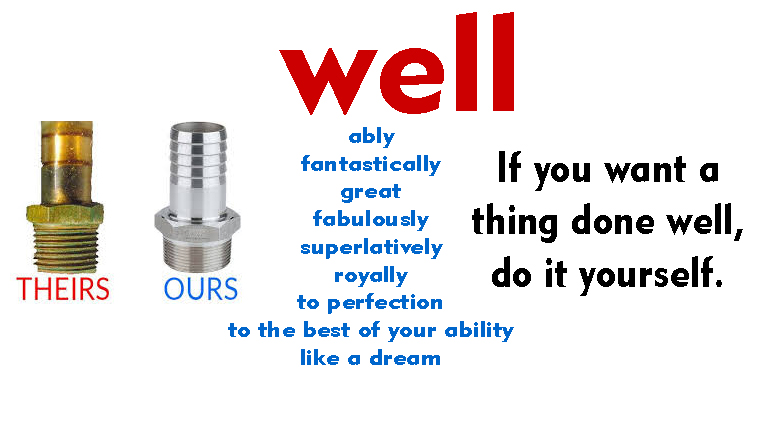 You use well to say that something was done in a good way.
The couple can dance quite well.

The Lion and the Rabbit
A cruel lion lived in the forest. Every day, he killed and ate a lot of animals. The other animals were afraid the lion would kill them all. The animals told the lion, “Let’s make a deal. If you promise to eat only one animal each day, then one of us will come to you every day. Then you don’t have to hunt and kill us.” The plan sounded well thought-out to the lion, so he agreed, but he also said, “ If you don’t come every day, I promise to kill all of you the next day!” Each day after that, one animal went to the lion so that the lion could eat it. Then, all the other animals were safe. Finally, it was the rabbit’s turn to go to the lion. The rabbit went very slowly that day, so the lion was angry when the rabbit finally arrived. The lion angrily asked the rabbit, “Why are you late?” “ I was hiding from another lion in the forest. That lion said he was the king, so I was afraid.” The lion told the rabbit, “ I am the only king here! Take me to that other lion, and I will kill him. The rabbit replied, “ I will be happy to show you where he lives.” The rabbit led the lion to an old well in the middle of the forest. The well was very deep with water at the bottom. The rabbit told the lion, “Look in there. The lion lives at the bottom.” When the lion looked in the well, he could see his own face in-the water. He thought that was the other lion. Without waiting another moment, the lion jumped into the well to attack the other lion. He never came out. All of the other animals the forest were very pleased with the rabbit’s clever trick.

1. What is this story about?
a. How a clever rabbit tricked a cruel lion
b. How rabbits learned to hide from lions
c. How a rabbit pleased an angry lion
d. How to be safe when you hunt in the forest

4. Which of the following is true at the end of the story?
a. The lion attacked another lion, and they both got hurt.
b. The lion cannot reply to the rabbit, so the rabbit wins.
c. The lion finally dies.
d. The lion is pleased by the rabbit’s words, so it does not eat the rabbit.

ACTIVE ENGLISH: BOOK 3 / PAGE 90/85 PAST TENSE
Fill in the gaps with the positive or negative forms...
Grammar QuizLand