THE WIZARD OF OZ AUDIO BOOK :CHAPTER 12: IN THE POWER OF THE WICKED WITCH

CHAPTER 12 : IN THE POWER OF THE WICKED WITCH

So the Wicked Witch put on the Golden Cap and said some magic words. Immediately, the Winged Monkeys were all around her. The Monkeys had long hairy legs and arms, evil
faces, and big wings.
"You have called us for the third and final time," the King of the Winged Monkeys said. "What do you want us to do?"
"Go and find the strangers in my land," the Wicked Witch told him. "Kill them all except the Lion. He can work for me."

"We will find them at once," the King replied.
The Winged Monkeys flew off, laughing and talking.
They soon found Dorothy and her friends. Some of the Monkeys picked up the Tin Man and dropped him on some sharp rocks. The poor Tin Man's body was badly damaged.
Other Monkeys caught the Scarecrow and pulled out all his straw. They carried his clothes and dropped them on top of a tall tree.
Then three or four Winged Monkeys tied up the Cowardly Lion with a thick rope. They carried him back to the Witch's castle.
The King of the Monkeys looked at Dorothy and he saw the mark of the Good Witch's kiss.
"We cannot kill the girl," he told the other Monkeys.
"She is protected by the Power of Good. The Power of Good is stronger than the Power of Evil. Carry her and the dog back to the castle and leave her there."
When Dorothy and Toto were outside the castle, the King of the Winged Monkeys found the Wicked Witch.
"The Tin Man and the Scarecrow are dead," he told her.
"The Lion is tied up with rope. But we can't kill the girl and her dog. You have used us for the last time. Goodbye."
As the Winged Monkeys flew off, the Wicked Witch looked at Dorothy. When the Witch saw the mark of the Good Witch's kiss and the Silver Shoes, she felt afraid.
"This girl is a powerful Witch," the Wicked Witch said to herself. But then the Wicked Witch looked into Dorothy's eyes and laughed. She knew Dorothy was too simple and good to use her power.
"Come with me, my girl," the Witch said to Dorothy. "I have a lot of hard work for you to do."
Dorothy did not want to stay in the castle, but she was very glad that the Witch had not killed her. The girl began to work in the kitchen, cleaning and washing for the Wicked Witch.

Dorothy was a good girl and she worked hard. But she was very sad and she thought of her home in Kansas every day.
The Cowardly Lion was still tied up. Every time that the Wicked Witch went near him, he roared.
"I won't give you any food and you'll die!" the Witch cried. But the Cowardly Lion did not die because every night, Dorothy gave him some of her own food. Then they would talk sadly and sometimes Dorothy cried. But they could not leave the castle, because it was full of the Witch's slaves.
The Wicked Witch wanted Dorothy's Silver Shoes because she knew they had great power. But the girl loved her shoes and she always wore them. She only took them off at night, or when she had a bath.
The Wicked Witch was afraid of the dark. She was afraid of water too.
Then the Wicked Witch thought of a plan. She put a long piece of wood in the middle of the kitchen floor. Then she put magic on the wood, so that Dorothy could not see it.
When Dorothy walked across the kitchen, she fell over the wood. One of her Silver Shoes came off and the Witch picked it up. The wicked old woman put the Silver Shoe on her own foot and laughed.
"Give me back my shoe!" Dorothy cried.
"It's not your shoe, it's mine now!" the Wicked Witch replied. "And I'll soon get the other one from you!"
The Witch laughed again. Dorothy was so angry that she picked up a bucket of water that stood nearby. She threw the water all over the Wicked Witch.
"Look what you have done! The water will kill me!" the Witch cried. "I am melting away! Help me!" 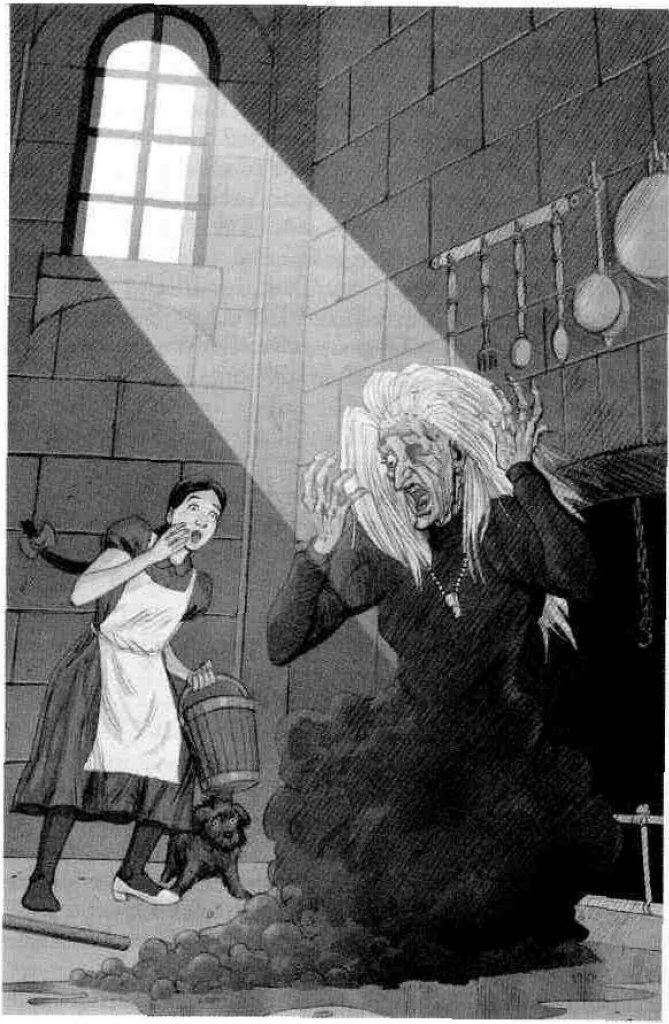 "I'm very sorry," Dorothy said. "It was a mistake. But you made me very angry."
"And now you have killed me!" the Wicked Witch cried "In a few minutes, there will be nothing left of me. I am going, going, go ..."
Dorothy looked down on the floor. The Wicked Witch had melted. There was nothing left of her but the Silver Shoe.
So the girl cleaned the kitchen floor with some more water. Then she cleaned the Silver Shoe and put it on. She told the Cowardly Lion the good news and untied his rope.
"The Wicked Witch of the West is dead!" Dorothy cried. All the Winkies ran up to her. They were laughing happily.
"The Wicked Witch is dead!" they cried. "We are free!"

IELTS READING (from 27 to 40)-listen to the reading passage
A.D.D. - Missing Out on Learning Study requires a student's...
AUDIO BOOKS IELTS IELTS-READING