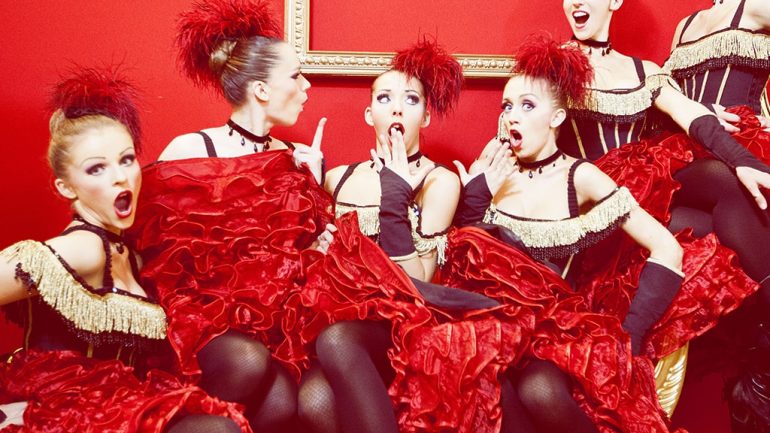 He didn’t often leave the house for more than the few minutes it took him to go to the post office or to a store, but spent his time hanging around doing odd jobs — Mr. Fix-it, his wife called him — and also, though not nearly enough of it, painting — which he made his living from.
“All right,” his wife said brightly, as though he were doing her a favor. As a matter of fact, she didn’t really like him to leave; she felt safer with him at home, and he helped look after the children, especially the baby.
“You’re glad to be rid of me, aren’t you?” he said.
“Uh-huh,” she said with a smile that suddenly made her look very pretty — someone to be missed. She didn’t ask him where he was going for his drive. She wasn’t the least bit inquisitive, though jealous she was in silent, subtle ways.
As he put his coat on, he watched her. She was in the living room with their elder daughter. “Do the can-can, mother,” the child said, at which she held up her skirt and did the can-can, kicking her legs up high in his direction.
He wasn’t simply going out for a drive, as he had said, but going to a café, to meet Sarah, whom his wife knew but did not suspect, and with her go to a house on a lake his wife knew nothing about — a summer cottage to which he had the key.
“Well, goodbye,” he said.
“Bye,” she called back, still dancing.
This wasn’t the way a husband expected his wife — whom he was about to leave at home to go to another woman — to behave at all, he thought. He expected her to be sewing or washing, not doing the can-can, for God’s sake. Yes, doing something uninteresting and unattractive, like darning children’s clothes. She had no stockings on, no shoes, and her legs looked very white and smooth, secret, as though he had never touched them or come near them. Her feet, swinging up and down high in the air, seemed to be nodding to him. She held her skirt bunched up, attractively. Why was she doing that of all times now? He lingered. Her eyes had mockery in them, and she laughed. The child laughed with her as she danced. She was still dancing as he left the house.

He thought of the difficulties he had had arranging this rendezvous… going out to a call box; phoning Sarah at her office (she was married, too); her being out; his calling her again; the busy signal; the coin falling out of sight, his opening the door of the phone box in order to retrieve it; at last getting her on the line; her asking him to call again next week, finally setting a date.

Waiting for her at the café, he surprised himself hoping that she wouldn’t come. The appointment was at three. It was now ten past. Well, she was often late. He looked at the clock, and at the picture window for her car. A car like hers, and yet not hers — no luggage rack on it. The smooth hardtop gave him a peculiar pleasure. Why? It was 3:15 now. Perhaps she wouldn’t come. No, if she was going to come at all, this was the most likely time for her to arrive. Twenty past. Ah, now there was some hope. Hope? How strange he should be hoping for her absence. Why had he made the appointment if he was hoping she would miss it? He didn’t know why, but simpler, simpler if she didn’t come. Because all he wanted now was to smoke that cigarette, drink that cup of coffee for the sake of them, and not to give himself something to do. And he wished he could go for a drive, free and easy, as he had said he would. But he waited, and at 3:30 she arrived. “I had almost given up hope,” he said.
They drove to the house on the lake. As he held her in his arms he couldn’t think of her; for the life of him he couldn’t.
“What are you thinking about?” she said afterwards, sensing his detachment.
For a moment he didn’t answer, then he said, “You really want to know what I was thinking of?”
“Yes,” she said, a little anxiously.

He suppressed a laugh, as though what he was going to tell her was too absurd or silly. “I was thinking of someone doing the can-can.”
“Oh,” she said, reassured. “For a moment I was afraid you were thinking of your wife.”

PANDORA-improve your listening – 5
Listen to the conversation. Then, answer the following questions.
Improve Your Listening Pandora