Jo was the first to wake up on Christmas morning, but soon they were all awake and they went downstairs.
'Where's Mother?' asked Meg.
'I don't know,' said old Hannah. She had lived with the family since Meg was born, and was more like a friend than a servant. 'Some poor woman came to the door and your mother went off to see what was needed.'
'She'll be back soon,' said Meg. She looked at the presents for her mother which were in a basket under a chair, ready to bring out at the right time. 'Where is Amy's bottle of perfume?'
'She went to put some pretty paper round it, I think,' said Jo.
Suddenly, they heard the outside door close.
'Here's Mother! Hide the basket, quick!' said Jo.
But it was Amy. She came in quickly.
'Where have you been, and what's that behind you?' asked Meg.
'I ran to the shop and changed the little bottle of perfume for a big one,' said Amy. 'I spent all my money to get it, and I'm not going to be selfish any more!'
Meg smiled proudly and put her arms around her sister. Then there was another bang from the outside door, and the basket was pushed back under the chair. The girls ran to the table, ready for their breakfast.
'Happy Christmas, Mother!' they shouted.
'Happy Christmas, little daughters!' said Mrs March.
Then the smile disappeared from her face. 'Girls, listen.
Not far away is a poor woman, Mrs Hummel, with a new baby. Her six children are in one bed, trying to keep warm, as they have no wood for a fire. There is nothing to eat and they are hungry and cold. Will you give them your
breakfast as a Christmas present?'
For a minute no one spoke. Then Jo said, 'Mother, I'm so glad you came back before we began to eat!' And the girls quickly began to put their breakfast in a basket.
'I knew you would do it,' said Mrs March, smiling.
She took the girls and Hannah to a cold, miserable little room in an old building, where they found a sick mother, a crying baby, and a group of children with white, frightened faces. The children were on the bed under a blanket, trying to keep warm.
The woman almost cried with happiness when she saw the girls. Hannah, who had brought wood, made a fire. Mrs March gave the mother tea and hot food, then she dressed the little baby gently. The girls put the children round the fire and fed them like hungry birds.

It was a very happy meal, although the girls ate none of it. But no one was happier than those hungry young ladies who gave away their breakfast on Christmas morning.
Mrs March was surprised and pleased when she saw her presents later. There was a lot of laughing and kissing and explaining. Then, for the rest of the day, the girls were busy. Jo liked to write plays, and the four of them were going to act one that evening. They had learned their words, and had worked hard to make strange and wonderful clothes for all the different characters in the play.
On Christmas night, some other girls came to watch. At first, there was a lot of whispering and laughing from the four sisters behind the curtains. Then the curtains were opened and the play began.
It was an exciting story about Hugo (acted by Jo wearing a black beard!), beautiful Zara and brave Roderigo. There were also two ghosts, a cruel king, and a tall castle made of paper and wood - which unfortunately fell down just as Roderigo and Zara were escaping from it. There were screams of laughter from everyone, but the actors picked themselves up and carried on through more dangers and mysteries until the happy ending was reached.
All the visitors loved the play, and after the excitement and fun came a surprise for everyone.
'Would the young ladies like to stay for supper?' asked Hannah.
And when the girls saw the supper table, they could not believe their eyes! There was ice-cream, cake, fruit, and
French chocolate! And in the middle of the table were flowers for each of the four actors.
'Where did it all come from?' asked Amy.
'From Father Christmas, perhaps?' said Beth.
'Mother did it,' said Meg. 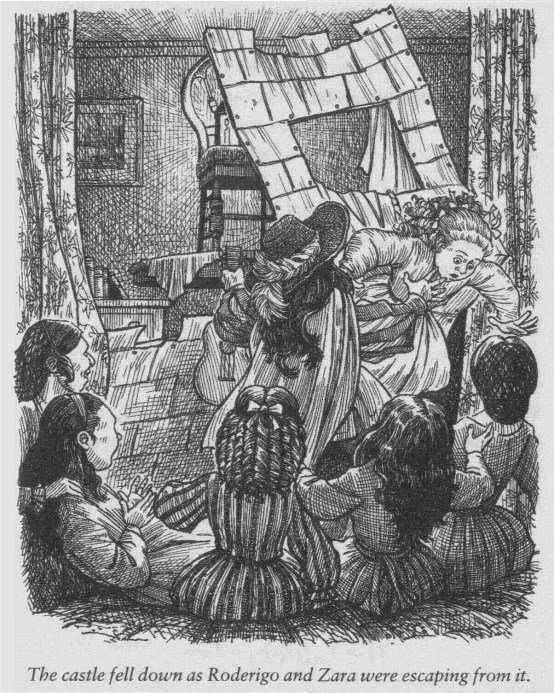 'The Laurence boy’s grandfather?' said Meg. 'But we don’t know him.

‘Hannah told his servant about your breakfast party, And that pleased him,' said Mrs March. 'He knew my father many years ago, and he sent me a note this afternoon,asking if he could send my children a few small Christmas presents.'

The idea came from that boy, I know it did!' said Jo. I’m sure he wants to know us, but he's shy, and Meg won't let me speak to him when we pass him in the street. She says that it's not at all polite for young ladies to introduce themselves to strangers.'

'You mean the people who live in the big house next door, don't you?' said one of the other girls. 'My mother knows old Mr Laurence. She says he keeps his grandson in the house when the boy isn't riding or walking with his tutor, and makes him study very hard. We invited the boy to our party but he didn't come.'

'That boy needs to have some fun,' said Jo.

PANDORA-improve your reading -15
Banker to the Poor Micro-loans allow people with little or...
AUDIO BOOKS