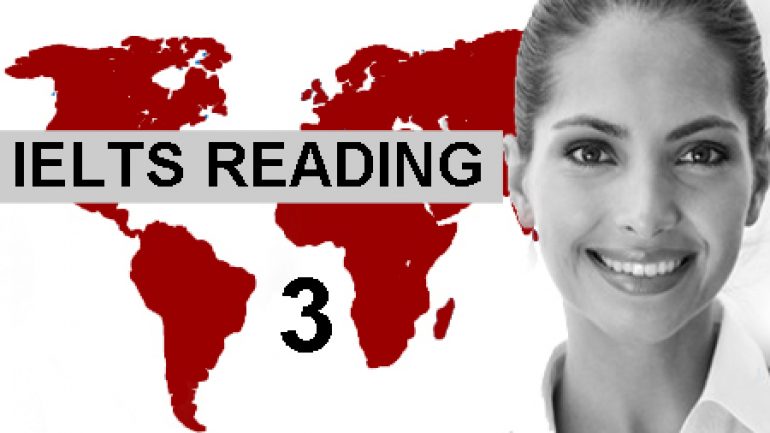 A) In recent years we have all been exposed to dire media reports concerning the impending demise of global coal and oil reserves, but the depletion of another key non-renewable resource continues without receiving much press at all. Helium – an inert, odourless, monatomic element known to lay people as the substance that makes balloons float and voices squeak when inhaled – could be gone from this planet within a generation.
B) Helium itself is not rare; there is actually a plentiful supply of it in the cosmos. In fact, 24 per cent of our galaxy’s elemental mass consists of helium, which makes it the second most abundant element in our universe. Because of its lightness, however, most helium vanished from our own planet many years ago. Consequently, only a miniscule proportion – 0.00052%, to be exact – remains in earth’s atmosphere. Helium is the by-product of millennia of radioactive decay from the elements thorium and uranium. The helium is mostly trapped in subterranean natural gas bunkers and commercially extracted through a method known as fractional distillation.
C) The loss of helium on Earth would affect society greatly. Defying the perception of it as a novelty substance for parties and gimmicks, the element actually has many vital applications in society. Probably the most well known commercial usage is in airships and blimps (non-flammable helium replaced hydrogen as the lifting gas du jour after the Hindenburg catastrophe in 1932, during which an airship burst into flames and crashed to the ground killing some passengers and crew). But helium is also instrumental in deep-sea diving, where it is blended with nitrogen to mitigate the dangers of inhaling ordinary air under high pressure; as a cleaning agent for rocket engines; and, in its most prevalent use, as a coolant for superconducting magnets in hospital MRI (magnetic resonance imaging) scanners.
D) The possibility of losing helium forever poses the threat of a real crisis because its unique qualities are extraordinarily difficult, if not impossible to duplicate (certainly, no biosynthetic ersatz product is close to approaching the point of feasibility for helium, even as similar developments continue apace for oil and coal). Helium is even cheerfully derided as a “loner” element since it does not adhere to other molecules like its cousin, hydrogen. According to Dr. Lee Sobotka, helium is the “most noble of gases, meaning it’s very stable and non-reactive for the most part … it has a closed electronic configuration, a very tightly bound atom. It is this coveting of its own electrons that prevents combination with other elements’. Another important attribute is helium’s unique boiling point, which is lower than that for any other element. The worsening global shortage could render millions of dollars of high-value, life-saving equipment totally useless. The dwindling supplies have already resulted in the postponement of research and development projects in physics laboratories and manufacturing plants around the world. There is an enormous supply and demand imbalance partly brought about by the expansion of high-tech manufacturing in Asia.
E) The source of the problem is the Helium Privatisation Act (HPA), an American law passed in 1996 that requires the U.S. National Helium Reserve to liquidate its helium assets by 2015 regardless of the market price. Although intended to settle the original cost of the reserve by a U.S. Congress ignorant of its ramifications, the result of this fire sale is that global helium prices are so artificially deflated that few can be bothered recycling the substance or using it judiciously. Deflated values also mean that natural gas extractors see no reason to capture helium. Much is lost in the process of extraction. As Sobotka notes: “[t]he government had the good vision to store helium, and the question now is: Will the corporations have the vision to capture it when extracting natural gas, and consumers the wisdom to recycle? This takes long-term vision because present market forces are not sufficient to compel prudent practice”. For Nobel-prize laureate Robert Richardson, the U.S. government must be prevailed upon to repeal its privatisation policy as the country supplies over 80 per cent of global helium, mostly from the National Helium Reserve. For Richardson, a twenty- to fifty-fold increase in prices would provide incentives to recycle.
F) A number of steps need to be taken in order to avert a costly predicament in the coming decades. Firstly, all existing supplies of helium ought to be conserved and released only by permit, with medical uses receiving precedence over other commercial or recreational demands. Secondly, conservation should be obligatory and enforced by a regulatory agency. At the moment some users, such as hospitals, tend to recycle diligently while others, such as NASA, squander massive amounts of helium. Lastly, research into alternatives to helium must begin in earnest.

Questions
6) Helium chooses to be on its own.
7) Helium is a very cold substance.
8) High-tech industries in Asia use more helium than laboratories and manufacturers in other parts of the world.
9) The US Congress understood the possible consequences of the HPA.

Questions 10-14
Complete the summary below.
Choose no more than two words from the passage for each answer.
Questions
Sobotka argues that big business and users of helium need to help look after helium stocks because (10) ……………….. will not be encouraged through buying and selling alone. Richardson believes that the (11) ……………….. needs to be withdrawn, as the U.S. provides most of the world’s helium. He argues that higher costs would mean people have (12) ……………….. to use the resource many times over. People should need a (13) ……………….. to access helium that we still have. Furthermore, a (14) ……………….. should ensure that helium is used carefully.

IELTS ESSAY TEMPLATE-advantages-disadvantages
(INTRODUCTION) No one can deny that ( summary of the...
IELTS IELTS-WRITING